A horribly tragic story about Amanda Todd who committed suicide after years of being bullied. What started the bullying? She simply flashed her breasts to a male “friend” in an online chat room. Well, this “friend” was a internet scavenger just looking for girls to use and abuse. After she refused to give him a “show,” he sent that image of her flashing to everyone. I mean EVERYONE! Somehow he had found out her name, address, school information, and anything else relevant to Amanda. After a couple of years of being bullied, plus her stalker resending the photo to her new friends each time she moved, Amanda couldn’t take it anymore and left us on Wednesday, October 10th, 2012.

I am not going to tell you the whole story, but instead let Amanda tell you. She uploaded this video on September 7th, and by using homemade flash cards, she tells you all about it.

Amanda was just shy of 16 years old when she took her own life. All this bullying occurred during her early teens – a very vulnerable time for any young girl who just wants to be liked and have friends. Amanda Todd’s body was found in her home, police in the Vancouver-area city of Coquitlam said.


.
On Thursday, the day after her death, a new Facebook page was created in remembrance of Amanda Todd. It is called, “Rest in Paradise” and includes photos from her past, and people speaking out about bullying. Please do not post anything hateful or inappropriate on this Facebook page.

Amanda Todd’s video has gone viral in just a few days. Currently the hits are at 1.5 million and climbing quickly. There are 14,148 “likes”… and 1,190 “dislikes.” I’m sure the numbers have changed rapidly just during the time it is taking me to write this post. I don’t get it, though…. How could anyone dislike this video? I was reading some of the comments posted on video and I am completely floored by the lack of any empathy by some people. Here are a couple examples:

Amanda was a fucking whore? that deserved to die. END OF STORY
chain5aw1 1 second ago

Where i can find the image of her boobies?
PS: It’s her fault for being retarded over the net,? ah ah.
boymatmat 43 seconds ago

This next comment, however, is a great one to close this out with primarily because of the first two sentences:

This is whats wrong with the world. This goes on everyday and no one wants to help the person being bullied because they want to be in the “cool” group. All those people sicken me and karma is going to come back. RIP Amanda Todd, I never knew you but I know you were a good person? and you did not deserve this.
ChuckieFinstir 39 seconds ago

A Plea to Anonymous.

I know you are quite capable of finding out who this punk is that did this to Amanda. It would be quite just if he were to get a taste of his own medicine. You are great at hacking private information from corrupt organizations. I’m sure this blackmailer has his own sort of corruption that needs to be exposed. Hopefully those close to her would get some type of closure in their lives to see this heathen squirm.

Also, there is a troll out there by the name of haart123 (his YouTube channel) who does nothing but post horrible comments on videos. His channel shows he’s been doing this for over a year now. He doesn’t know Amanda at all, but has posted several times that she deserved this. That pissed of a lot of people so they’ve gone to his channel and left comments directly for him. Haart123 is nothing but a hateful troll and using Amanda’s viral video as a way to seek attention – and sadly it’s working. People should NOT feed the trolls. So, Anonymous, if you so feel this troll could use some exposure, there are hundreds, if not thousands, of people who wouldn’t mind.

Well, Anonymous did it! They found the guy who extorted and blackmailed Amanda. His name is Kody Maxson. Here is my posting about him:

All images are from the new Facebook page for Amanda Todd, “Rest in Paradise” or are snapshots from her video. 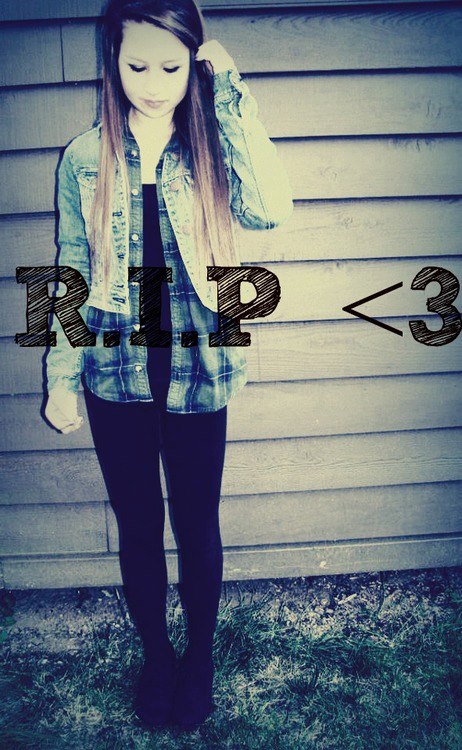 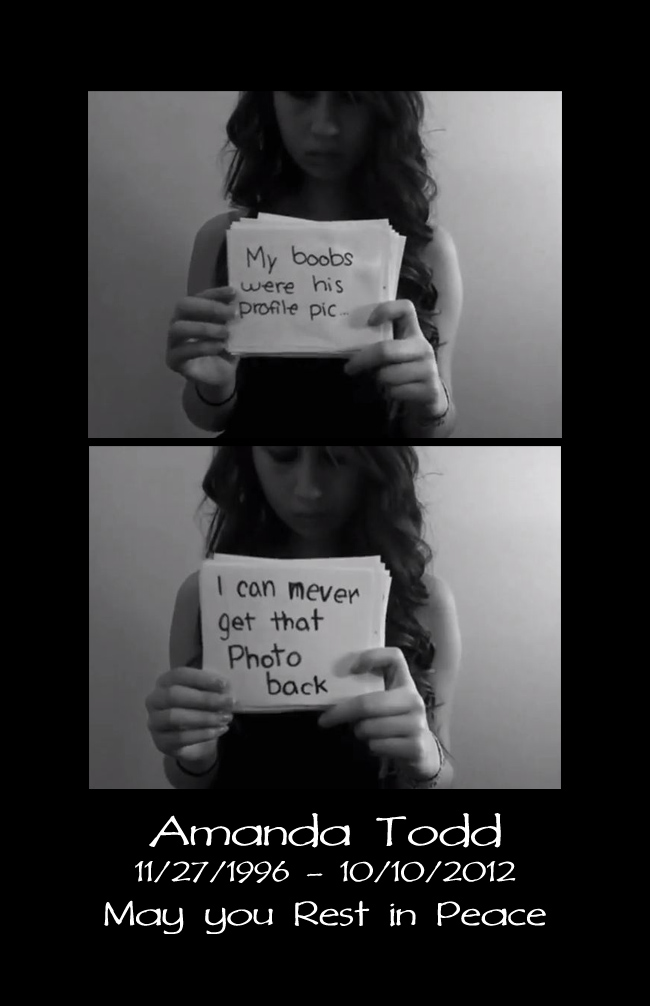