Written by:  Naomi Wolf Nov. 16, 2011 Yesterday morning, when I learned that Zuccotti Park had been cleared overnight by New York City Mayor Michael Bloomberg — who justified his action […]

After a tumultuous week here in Albuquerque at the Occupy / (un) Occupy Albuquerque base camp called Coyote Camp, the UNM Administration has provided the group a “compromise”: UNM will […]

After President Schmidly, UNM, declared they would not renew the permit that has allowed Coyote Camp to function, several of the protesters formed a circle and stood their ground.  There […] 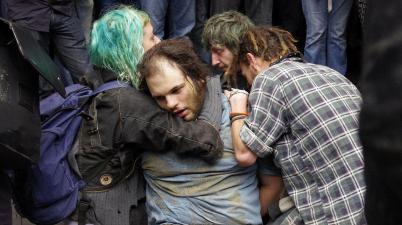 Insanity erupts in the OccupyMelbourne movement on Friday | Video

Footage obtained through the Herald Sun of police in Australia, pulling, dragging and arresting ‘Occupy’ protesters in Melbourne’s City Square. The paper reports that, on Friday, nearly 100 Occupy-protesters were arrested […] 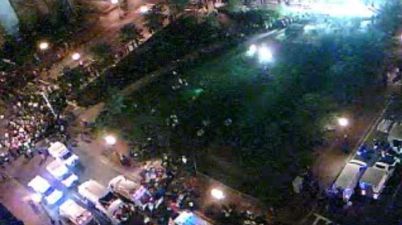 Here are a series of posts on both the Occupy Boston Facebook page and Twitter feed, as well as a few videos.  Times are approximate as both post the timeline […]

Here are some dramatic photos taken from October 1, 2011… the day that Occupy Wall Street protested on the Brooklyn Bridge and 700+ people were arrested.