Yesterday morning, when I learned that Zuccotti Park had been cleared overnight by New York City Mayor Michael Bloomberg — who justified his action in a statement that cited health and safety concerns — the first thing I did was call my lawyer. I wanted to go and show my support for the protesters’ First Amendment right “to assemble and petition government for redress of grievances” — a right that a 1925 Supreme Court decision confirmed superseded municipalities’ laws that sought to restrict its exercise. But my partner and I had already been arrested on Oct. 19 for standing peacefully on Hudson Street after informing protesters outside an event I was attending of their right to assemble. The wonderful National Lawyers Guild advised us that we would probably be O.K. — the New York police department would have to alert us before a second arrest.

We had to take the issue seriously because of the way we had been threatened by the sergeant at the Seventh Precinct, who warned us before our release that if “I returned to my friends, the protesters,” a second arrest would be treated far more seriously: our information would be fed into a federal database, to follow us forever. I recall speaking to him through the cell bars: “But officer, if I checked the law this time in order to obey it and still got arrested, how do I avoid getting arrested again?” He acknowledged that I had not disobeyed the law but pointed out that if police cite “safety concerns,” they can arrest anyone anywhere, no matter what the law says. Of course, nothing we had done — walking peacefully on a sidewalk in single file, not blocking traffic — had posed a safety threat. 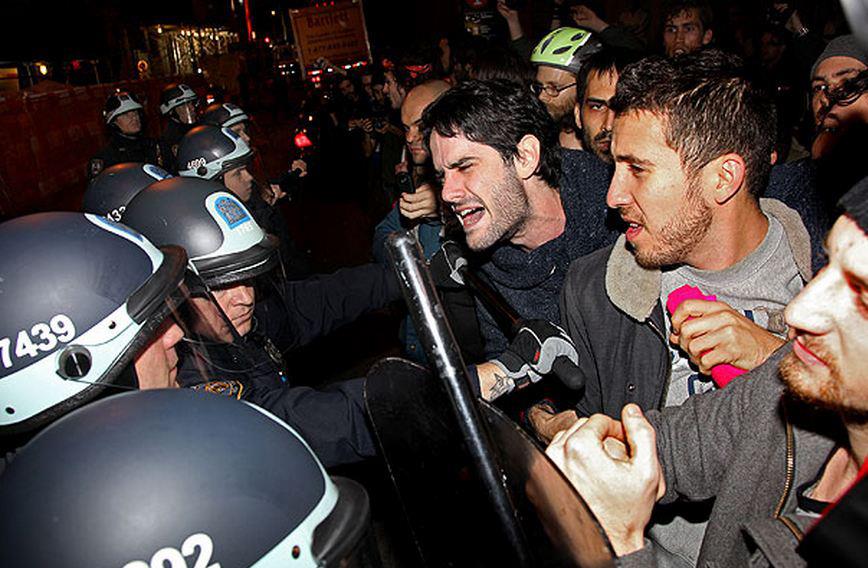 When Bloomberg gave the order to temporarily remove the protesters from Zuccotti Park and rid it of all tents, books and signs, he invoked “safety and public health,” although the safety and health of the protesters at the hands of the NYPD turned out to be far more of a danger. He confiscated the protesters’ generators — though generators are used in every New York City street fair. In his statement, he insisted that there is “no absolute right” to First Amendment freedom of assembly — which is patently untrue — although later in the afternoon, Judge Michael Stallman ruled that the city’s actions were reasonable restrictions. Instead of imminent safety issues, the timing of the crackdown was far more likely to do with the fact that the Occupy movement was planning something media-savvy at last: a “carnival” on Wall Street on Thursday in which protesters would telegenically tell their individual stories of hardship, job loss and disenfranchisement. It is that event that posed a “safety risk” — to the efforts of Wall Street and the Bloomberg administration to manage the narrative.

Avram Ludwig, my partner with whom I had been arrested in October, and I drove downtown. We saw a mass of NYPD surrounding a triangle-shaped, empty lot on Canal Street. Inside the ring of police and phalanx of TV trucks, protesters were trying to scale the walls that had been erected around an empty site where Occupy was trying to resettle. A young man was standing motionless before a line of cops, holding his right hand up in a peace symbol. Another man, in a beige jacket, was looking for the names of protesters who had been arrested — I assumed he was with the National Lawyers Guild. A giant puppet shaped like the Statue of Liberty wandered the locked-down perimeter. I interviewed a young man wrapped in the American flag who said he felt frustration by the fact that a judge’s decision to issue a restraining order against Bloomberg had been ignored. I asked him why he was wrapped in the Stars and Stripes: “People say the movement is un-American, but we want to wear symbols that show that what we are doing is a very American thing to do. The First Amendment comes first.”

From there we drove to Zuccotti Park, and I got out. Police lined Broadway for blocks. A massive surveillance tower loomed over the site. It was an eerie scene: the square was cleared out — “It looks like a cemetery!” shouted one young woman — and ringed with metal barricades. A 24-year-old woman who looked shell-shocked told me she had been trapped between riot police and protesters and was beaten on her chest by at least two police officers with batons. She had, she said, the names and badge numbers. She claimed that she asked them “10 or 15 times” to stop and said that if they had seen a man treat a woman that way on the street, they would have arrested him for domestic abuse. Another young woman, she said, held her shoulder to comfort her, but that woman was dragged out of the crowd, and two officers sat on her and pushed her face into the ground. She said members of the press were dragged out of the crowd too — and two Occupy videographers’ cameras had been confiscated.

Where does Occupy Wall Street — and the satellite movements in Oakland, Denver, Portland and other cities, which have also recently faced nighttime police raids — go from here? I have argued that the organizers need to become a major electoral block and make the case that they will get out the vote for leaders who support citizens’ rights to First Amendment expression (especially during those critical congressional elections) and will call for the defeat of city leaders who brutalize and suppress citizens. They could even lead a recall drive for abusive mayors. Dozens of city and state leaders, like California’s Gray Davis, have been successfully recalled by voters since 1911. New York State does not have a legislative recall mechanism, but Occupy can put it on the ballot through a referendum. And New York Governor Andrew Cuomo can recall Bloomberg by presenting charges. So Occupy Wall Street has to put pressure on Cuomo by showing that it will organize to get out the vote for or against him based on thousands of registered voters.

Occupy has an ill-advised resistance in some quarters to engaging with the voter-registration process, but that may be changing. They are terribly vulnerable now without electoral organization and can expect only further violence and aggression. But if they register voters in recall drives and start to field their own candidates, they will send a powerful message to cities’ leaders across the country that suppressing constitutional rights is a political death knell. The next place to Occupy? The voting booth. 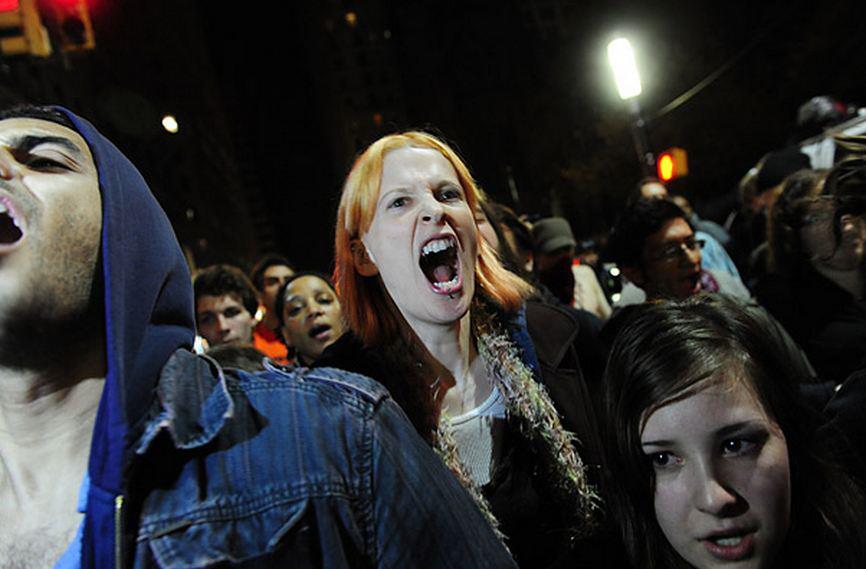 (Above: New York, Nov. 15, 2011 | A man stands guard in New York’s Zuccotti Park after the park was cleared of tents and structures of the Occupy Wall Street encampment by the New York City police department and cleaned Nov. 15, 2011. Hundreds of protesters who rallied against inequality had slept in tents and under tarps since Sept. 17 in the park, which became the epicenter of the global Occupy Wall Street movement.)