Insanity erupts in the OccupyMelbourne movement on Friday | Video

Footage obtained through the Herald Sun of police in Australia, pulling, dragging and arresting ‘Occupy’ protesters in Melbourne’s City Square.

The paper reports that, on Friday, nearly 100 Occupy-protesters were arrested while 20 suffered minor injuries. A police officer and a protester were taken to the emergency room. Eight police cars were damaged during the protest, police told the newspaper.

Occupy Melbourne protesters have been camping out in the City Square for over a week, PerthNow reports. Chaos broke out on Friday as about a hundred activists defied an order and refused to leave the square by 9am.

According to The Australian, police had taken down the campsite and destroyed tents before the arrests. Despite Friday’s events, 400 protesters rallied in Federation Square in Melbourne on Saturday.

Yet the arrests on Friday continue to fuel reactions on Twitter.

And @TheDebateRoom writes, “Please contact the Occupy Melbourne legal team with all reports of police brutality. Especially if you were hurt.”

The ‘Occupy’ movement, which celebrated its one-month anniversary in New York, spread across the world in the past week, including demonstrations in London Paris, Rome and South Korea. 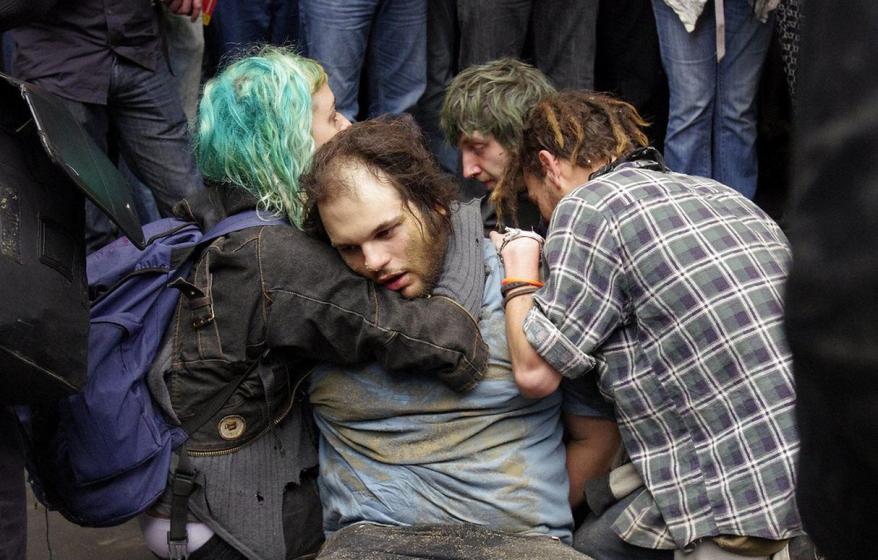