Norway 7-Elevens speak out in commercials about using condoms

7-Eleven in Norway wants you to buy more condoms. Why? Norway has one of the highest rates of chlamydia in Europe. According to 7-Eleven, Norway is only beaten by Denmark […] 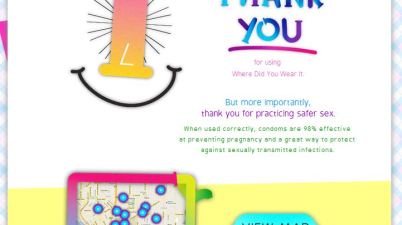 Yes, you read that title correctly. I never saw this one coming (oohhh… so sorry about that). Planned Parenthood of the Great Northwest has begun distributing 55,000 condoms to college […]

The American Life League released an absurd (and unintentionally hilarious) propaganda video meant to smear Planned Parenthood. In this video, Planned Parenthood is actually called “these perverts”; is accused of […]