Thank you, Pied Type, for posting this video! Sung to the tune of “American Pie” by Don McLean, a humorous yet very serious message is conveyed. It makes be both […]

Anonymous Goes on Revenge! Gov and Entertainment Industry Sites DOWN

Anonymous Goes on Megaupload Revenge Spree: DoJ, RIAA, MPAA, Universal Music, and several others all offline today, although some have come back up. First of all, let me state that […] 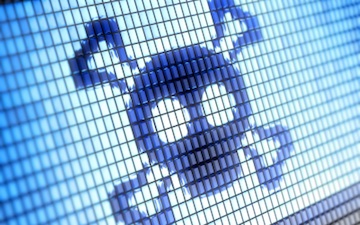 SOPA Will Take Us Back to the Dark Ages | Mashable

I got up early this morning simply because I wanted to see Reddit and so many other sites actually go black, and throughout the day, have submerged myself in article […]

The Best Statement Yet On Why Stopping SOPA/PIPA Must Succeed

By far, this is the best summaries I have seen yet about why it is important to stop SOPA/PIPA…. It’s not a coincidence that the Global Democracy Movement is happening […]

The Great Internet Black Out Has Commenced

On Jan 24th, Congress will vote to pass internet censorship in the Senate, even though the vast majority of Americans are opposed. We need to kill the bill – PIPA […]

The Greatest Protest in History Has Just Started

There have been so many large protests throughout the history of mankind, but in my opinion, so many sites going black ranks now as Number One!  The organization, the participation […]

“The potential for abuse of power through digital networks – upon which we as citizens now depend for nearly everything, including our politics – is one of the most insidious […]

WordPress Comes Out STRONGLY Against SOPA/PIPA

I have been doing the “happy dance” since I read that WordPress is now strongly voicing their opposition to SOPA/PIPA.  If you are not sure what SOPA/PIPA (yeah, I know… […]