Fires break out in New Mexico, I-25 closed at Raton Pass. Photos.

Living in Albuquerque, New Mexico, I’ve been following the AZ fires closely, and knew it was only a matter of time before they started springing up in New Mexico.  There are several now, but the two biggest are near Carlsbad NM (park is closed), and a large one burning up at Raton NM.  Considering the severe drought we are in, I’m rather surprised it’s taken this long.  Below is the local news update and pictures taken from Raton.

The fire has forced the closure of Interstate 25 in Raton Pass in both directions.The northern closure extends all the way to Trinidad, Colo. State Police are diverting traffic east on Highway 64 to Capulin, north through Folsom into Colorado and then west on Highway 160 north of Branson, CO. The image to the left shows one detour route into or out of New Mexico. Expect this route to take approximately 2 hours.

Evacuations have been ordered for northern Raton, north of I-25, County Road 72 and Sugarite State Park. The Red Cross has set up a shelter at the Raton Convention Center. The Red Cross said 80 people spent the night at the shelter Sunday and more are expected on Monday night.

At least two homes have been destroyed.

The Track Fire is actively torching and making runs through heavy vegetation, firefighters said. They said there has been some spotting to the north of the fire.

Since Monday morning, crews said fire activity increased substantially on Monday morning. Air tankers are being used in the areas west of Raton with good results, but heavy smoke is still present.

Power was out to Raton late Monday morning because crews transferred power transmission from a threatened power line. Power should be restored shortly in the area.

The fire started on the west side of Interstate 25 Sunday afternoon and jumped to the east side earlier making a run toward Barlett Mesa and toward Colorado, according to New Mexico Forestry spokesman Dan Ware.

State Forestry, the Raton, Angel Fire, Folsom, Philmont fire departments, the Red River Fire Chasers and other agencies are responding to the fire. In all, 75 fire workers and two air tankers are battling the blaze.

Fire officials said the black smoke could be either live vegetation or a structure. Priority efforts continue to be Raton watershed and residential areas, officials said.

This fire is not contained, and officials said Monday night there are fires burning on either side of the I-25, which is why the northbound lanes at the Raton exit remains closed indefinitely. (From KOAT News) 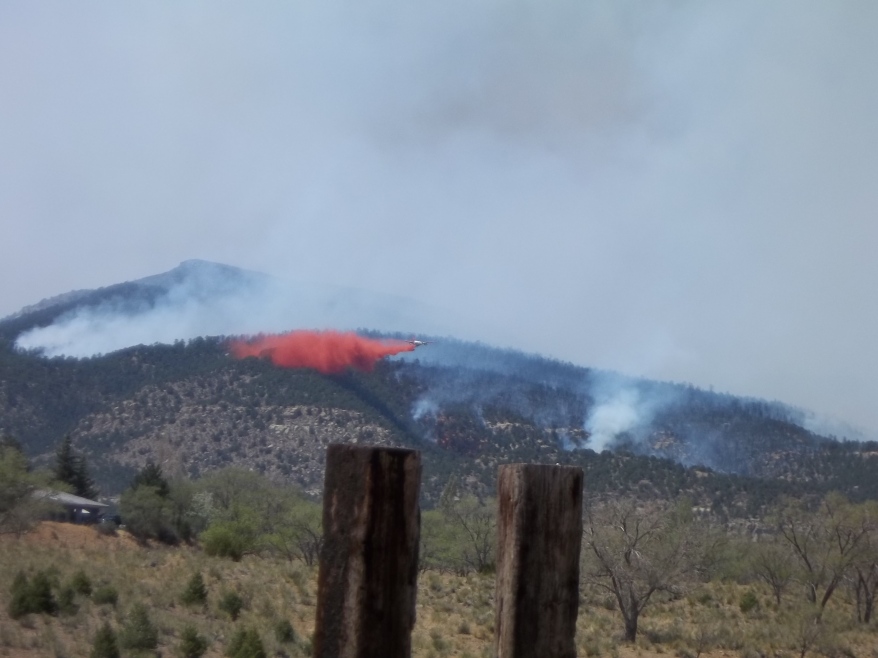 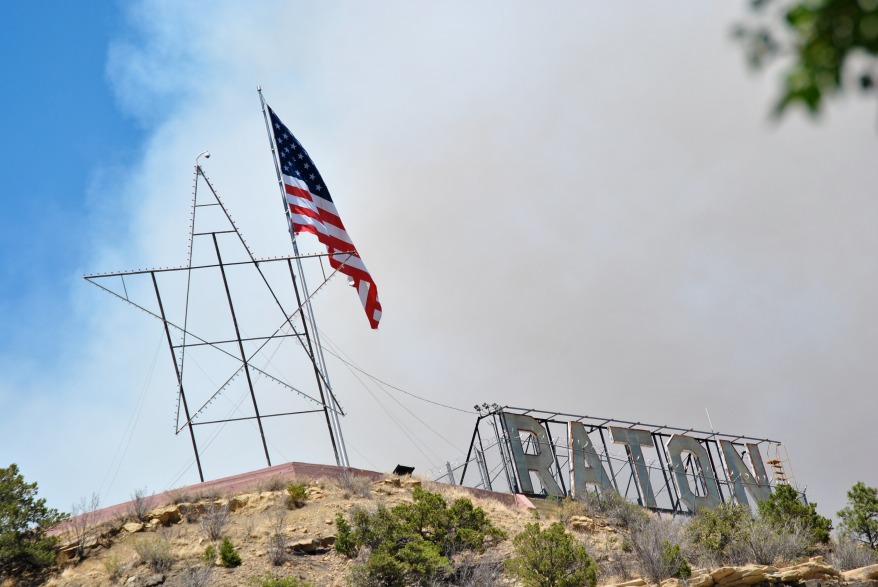