The forest fires burning above Santa Fe and on the Arizona-New Mexico state line grew slightly Friday as firefighters continued to lengthen their containment lines.

The Pacheco Fire reported a week ago in the Santa Fe National Forest is now estimated at 6,800 acres and 18 percent contained. The fire not two miles north of the Santa Fe ski basin is burning in mixed conifer and ponderosa pine in steep and rugged terrain.

Much of the increase in fire size since Friday is due to a successful overnight burnout operation, a statement released by the Central West Zone Incident Management Team Saturday morning said.

The fire was described as less active on Friday than on Thursday with most of the activity on the north side in the drainage south of Rancho Viejo. Minimal movement was seen on the south side of the fire.

Winds pushed the smoke plume eastward, and the fire continues to threaten the Santa Fe watershed and ski area, the Tesuque Peak communications site and tribal lands of Nambé and Tesuque pueblos. The fire is largely within the Pecos Wilderness.

Large sections of the Santa Fe National Forest are now closed to public access with the imposition of State Three fire restrictions. Open fires and smoking outside buildings and vehicles are banned in the areas that remain open.

Click on image below to enlarge.  Clicking again will then scroll through pictures. 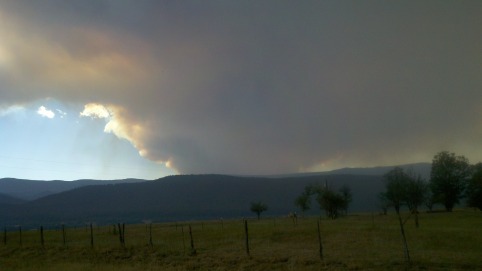 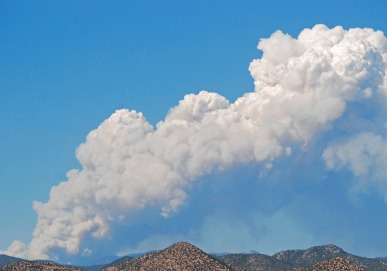 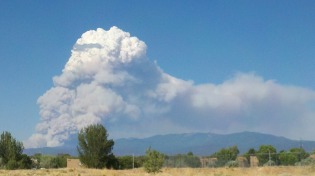 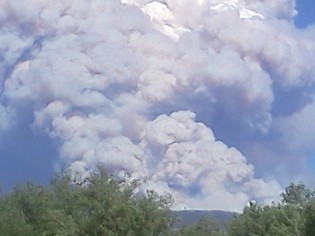 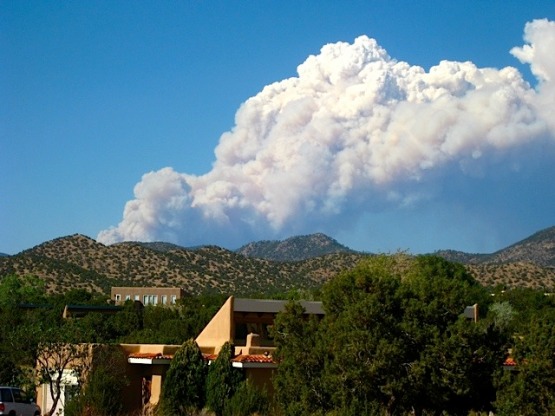 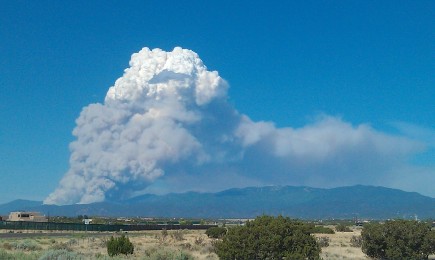 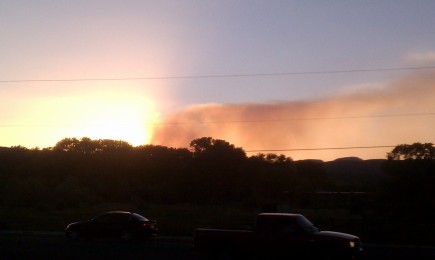 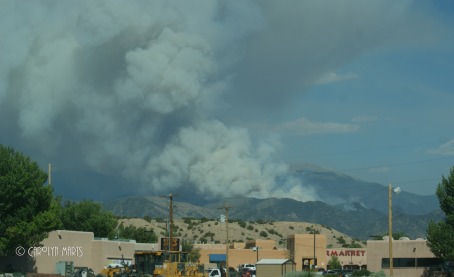 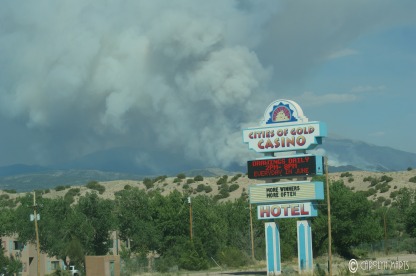 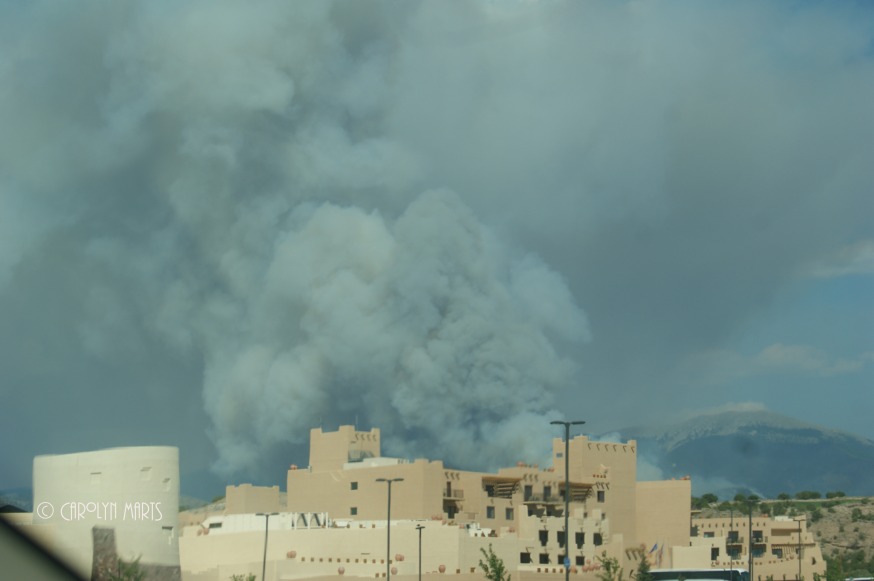 Fire bosses in Arizona say most of the activity on the Wallow Fire Friday was on the south side. There favorable conditions allowed firefighters to begin working on ground lines on the fire perimeter as they try to keep the blaze from crossing the Blue River.

The Wallow Fire, which started May 29, has now grown to near 535,000 acres and ranks as the largest in Arizona history.

Winds on Saturday were forecast to reach 17-20 mph with gusts to 30 mph, enough for torching and short-range spotting on the east side of the fire, segments of which are now in New Mexico.

“These conditions are similar to those that existed when the fire has made large runs,” an update from incident commanders said.