1.  The Millerites | By KAYLA WEBLEY

William Miller is perhaps the most famous false prophet in history. In the 1840s he began to preach about the world’s end, saying Jesus Christ would return for the long-awaited Second Coming and that Earth would be engulfed in fire sometime between March 21, 1843, and March 21, 1844. He circulated his message in public gatherings and by using the technologies of the day — posters, printed newsletters and charts. Moved by those messages, as many as 100,000 “Millerites” sold their belongings between 1840 and 1844 and took to the mountains to wait for the end. When that end didn’t come, Miller changed the date to Oct. 22. When Oct. 23 rolled around, his loyal followers explained it away yet again and went on to form the Seventh-day Adventist movement. 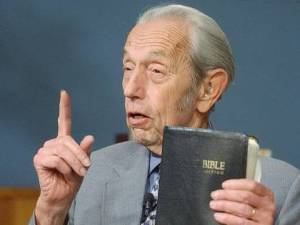 Harold Camping’s prediction that the world will end Saturday, May 21, 2011, is not his first such prediction. In 1992, the evangelist published a book called 1994?, which proclaimed that sometime in mid-September 1994, Christ would return and the world would end. Camping based his calculations on numbers and dates found in the Bible and, at the time, said that he was “99.9% certain” that his math was correct. But the world did not end in 1994. Nor did it end on March 31, 1995 — another date Camping provided when September 1994 passed without incident. “I’m like the boy who cried wolf again and again and the wolf didn’t come,” Camping told the San Francisco Chronicle in 1995. “This doesn’t bother me in the slightest.”

I followed this whole fiasco religiously (pardon the pun). Please click HERE to view my postings.

The year 2012 means many things to many people, few of which bring good news. A New Age belief cites 2012 as the year humans will undergo a physical and spiritual transformation, while some people predict that sometime that year, Earth will collide with a black hole or a planet named Nibiru. But perhaps the most popular belief is attributed (falsely, many scholars argue) to the Mesoamerican Long Count calendar from the ancient Mayan civilization. Interpretations suggest that the fourth world, in which we live now, will end on Dec. 21, 2012. This belief inspired the disaster movie 2012 starring John Cusack, in which a tsunami tosses the aircraft carrier U.S.S. John F. Kennedy onto Washington, crushing the White House and killing the President (played by Danny Glover).

4.  William Branham and the Pentecostal Prediction | by NATE RAWLINGS

Just before sunset on Feb. 28, 1963, residents of northwestern Arizona watched what the Arizona Republic called a “strikingly beautiful and mysterious cloud” glide across the desert. That same day, Pentecostal pastor William Branham — who founded the post–World War II faith-healing movement — climbed Sunset Mountain and claimed he met with seven angels who revealed to him the meaning of the seven seals from the Book of Revelation. Days later, Branham returned to his congregation at the Branham Tabernacle in Jeffersonville, Ind. He preached seven sermons in seven nights, explaining the meaning of the seals and the seven visions he had received, leading him to predict that Jesus would return to Earth in 1977. He did not live to see the day. In December 1965, as Branham was driving with his family in Texas, a drunk driver smashed into his car. Branham died six days later, on Christmas Eve. 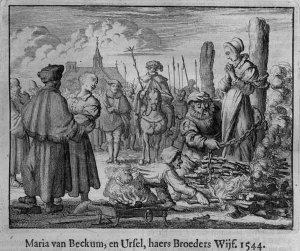 5.  The Anabaptists of Munster | by ISHAAN THARROOR

In the tumultuous years that followed the Protestant Reformation, myriad radical sects emerged, preaching an apocalyptic, millenarianist creed that perturbed even theological dissidents like Martin Luther. The Anabaptists derived their name from the Latin for “one who baptizes over again” and rejected most forms of political organization and social hierarchy in favor of an idealized theocratic commonwealth. In the 1530s, riding on a crest of peasant revolts, a clutch of Anabaptists assumed control of the German town of Munster and hailed it as a New Jerusalem awaiting the return of Christ.

But the situation in Munster was far from the ideal Christian commonwealth. Jan Bockelson, a tailor from the Dutch city of Leiden, declared himself the “Messiah of the last days,” took multiple wives, issued coins that prophesied the coming apocalypse and in general made life hell for everyone in the city (except for a few fellow proselytizers who lived lavishly — and, according to some accounts, in a great state of debauch). The Anabaptists’ hold over Munster ended in a bloody siege in 1535. Bockelson’s genitals reportedly were nailed to the city’s gates.

If you follow Hal Lindsey, you’ve probably changed the “end of the world” date in your calendar several times. His Late Great Planet Earth, which was the best-selling nonfiction book of the 1970s, predicted that the world would end sometime before Dec. 31, 1988. He cited a host of world events — nuclear war, the communist threat and the restoration of Israel — as reasons the end times were upon mankind. His later books, though less specific, suggested that believers not plan on being on Earth past the 1980s — then the 1990s and, of course, the 2000s. But Lindsey did more than just wrongly predict the end of days; he popularized a genre of prophecy books.

Adding stock to Lindsey’s original claim, Edgar Whisenant published a book in 1988 called 88 Reasons Why the Rapture Will Be in 1988, which sold some 4.5 million copies. Whisenant once famously said, “Only if the Bible is in error am I wrong.” When 1989 rolled around, a discredited Whisenant published another book, saying the Rapture would occur that year instead. It did not sell as well, nor did later titles that predicted the world would end in 1993 and again in 1994. The genre’s most popular tales are in the Left Behind series, written by Tim LaHaye and Jerry Jenkins, which, though they do not predict an end date, provide a vivid fictional account of how Earth’s final days could go. The 16 novels have sold more than 63 million copies worldwide.

It was the day that was supposed to finally prove what Luddites and other tech haters had been saying for so long: computers — not sin or religious prophecy come true — will bring us down. For months before the stroke of midnight on Jan. 1, 2000, analysts speculated that entire computer networks would crash, causing widespread dysfunction for a global population that had become irreversibly dependent on computers to hold, disseminate and analyze its most vital pieces of information. The problem was that many computers had been programmed to record dates using only the last two digits of every year, meaning that the year 2000 would register as the year 1900, totally screwing with the collective computerized mind. But it just wasn’t so. Aside from a few scattered power failures in various countries, problems in data-transmission systems at some of Japan’s nuclear plants (which did not affect their safety) and a temporary interruption in receipt of data from the U.S.’s network of intelligence satellites, the new year arrived with nothing more than the expected hangover.

David Koresh led his Branch Davidian sect, an unsanctioned offshoot of the Seventh-day Adventist Church, to its doom in a compound near Waco, Texas, in 1993. How did he do that? He convinced his followers that he was Christ and that they should hole up at what was called the Mount Carmel Center to prepare for the end of the world. Their ideas were based on the beliefs of an earlier Adventist splinter group.

When authorities learned that the Branch Davidians were allegedly holding a trove of weapons on the site and that there were possibly instances of abuse of women and children, the Bureau of Alcohol, Tobacco, Firearms and Explosives executed a search on the compound in February 1993. The Davidians fought back; four agents were killed as well as six members of the sect. Koresh persuaded his followers to remain at Mount Carmel and refuse to surrender. For 50 days, a tense standoff ensued. On April 19, the FBI stormed the compound, a fire erupted (the source of which is still debated), and dozens of Davidians, including Koresh, died in the building. 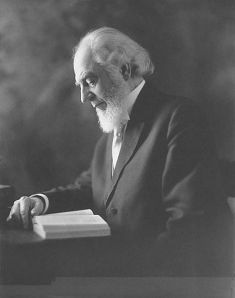 The onset of World War I freaked a lot of people out. But it was especially trippy for the Zion’s Watch Tower Tract Society, a group that’s now called Jehovah’s Witnesses. The society’s founder, Charles Taze Russell, had previously predicted Christ’s invisible return in 1874, followed by anticipation of his Second Coming in 1914. When WW I broke out that year, Russell interpreted it as a sign of armageddon and the upcoming end of days or, as he called it, the end of “Gentile times.” History proved otherwise. 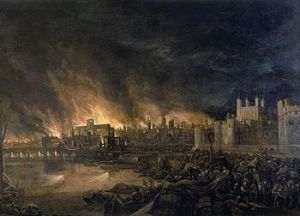 In the Christian tradition, the number 666 is described as the “mark of the beast” in the Bible’s Book of Revelation. So it was no surprise that Europeans worried as the year 1666 approached. It didn’t help that the year before, a plague had wiped out about 100,000 people, a fifth of London’s population, leading many to predict the end of times. Then on Sept. 2, 1666, a fire broke out in a bakery on London’s Pudding Lane. The fire spread and over three days burned more than 13,000 buildings and destroyed tens of thousands of homes. But in the end, fewer than 10 people perished in the blaze, which, while catastrophic, was not the end of the world.
___________________________________