Occupy Albuquerque had a very successful protest on Saturday, October 15th, in solidarity with #ows and #globalchange.  Upon my arrival at the protest point, which was Wells-Fargo in Nob Hill on Central Ave, there were hundreds already gathered.  The crowd swelled to between 700-800 people and was a glorious site!  Every age, race, religion and socioeconomic background was present!  In the true Albuquerque Southwestern tradition, it was an Occupy Fiesta!  This video I filmed and created shows the phenomenon which occurred this day.  For photos of this day, please visit my photo site:  MotleyPhotos.net

Occupy Albuquerque was a peaceful success.  Several of us arrived early to begin setting up, and very quickly many more joined.  At one point in time, we counted 197 people – and then, almost at the blink of an eye, the numbers nearly doubled.  Albuquerque sidewalks are rather narrow – this is a sleepy desert town – and as the crowd swelled, there was little place else to go but step in the streets.  At this point in time, the local Albuquerque Police Department decided to close down Central Ave where we were protesting.  Whether this was due to the size of the crowd, or to try to minimize our visibility, is unsure.  Perhaps both.  Regardless, OccupyBurque was left undaunted.  Since the street was now closed to traffic, we moved on foot up and down Central Ave.  Several of the local news teams showed up for coverage as well.  The number of police grew massively with the addition of the APD riot squad.  However, we showed no violence and proceeded in peace.  There was no interaction between the protesters and the police – thankfully.

We are the 99% and will continue until our voices are heard across the world – and answered to. 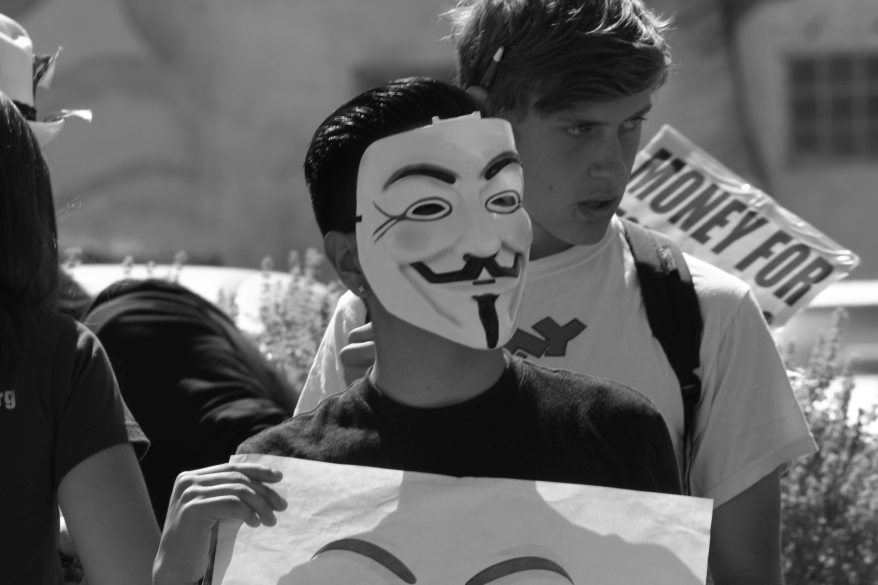 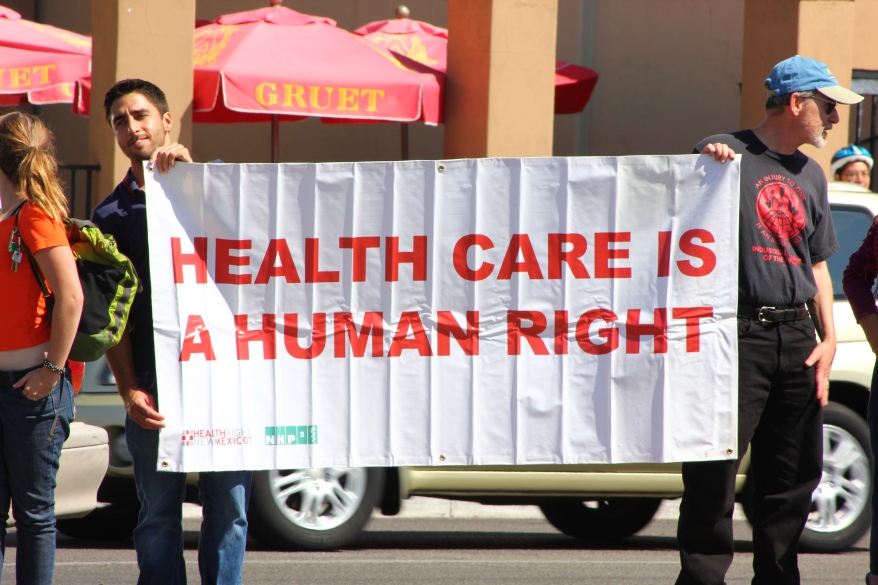 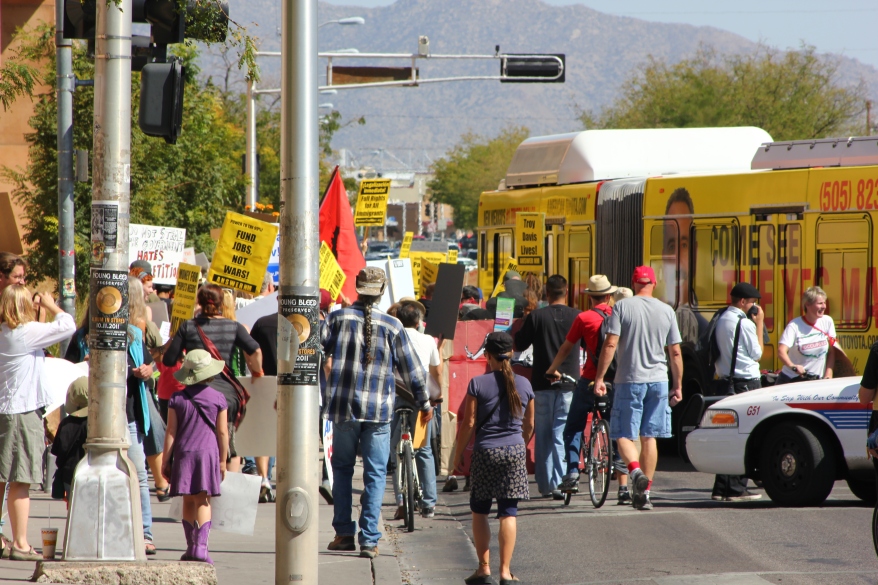 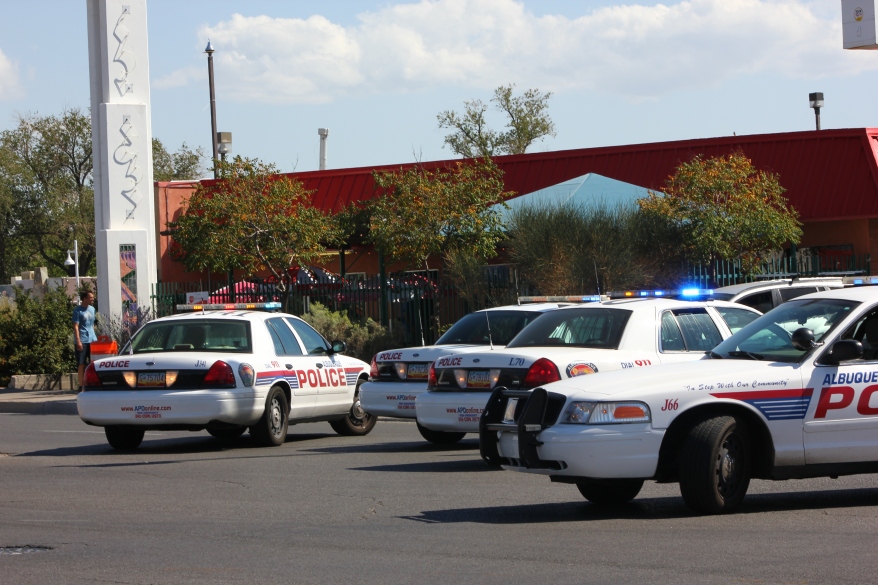 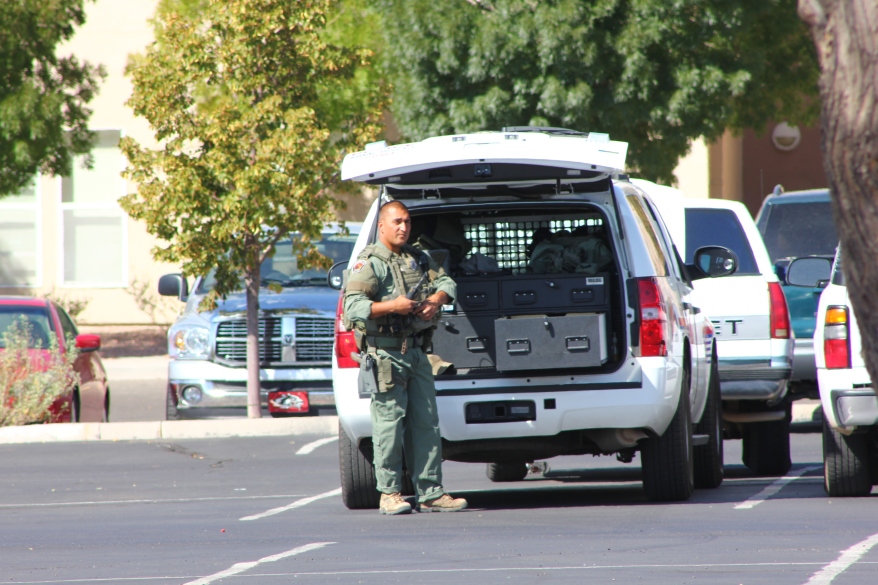 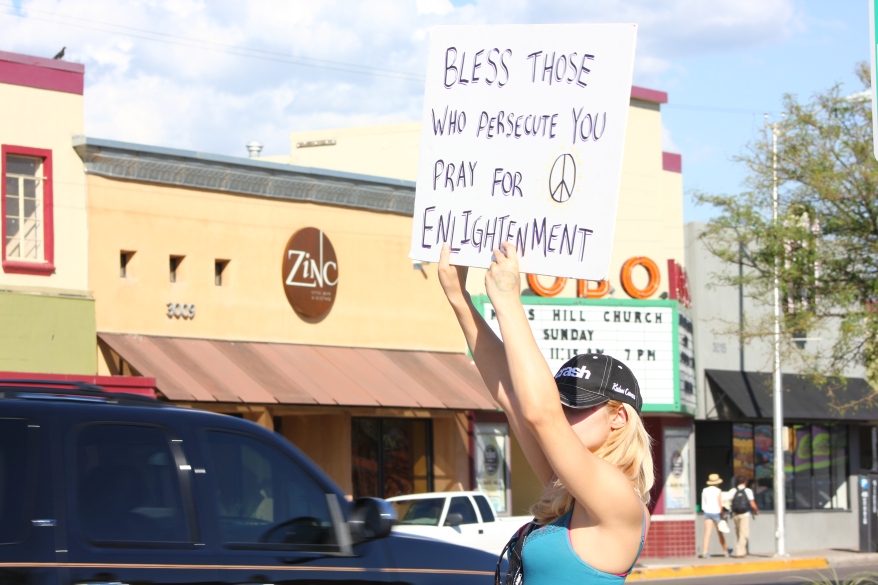 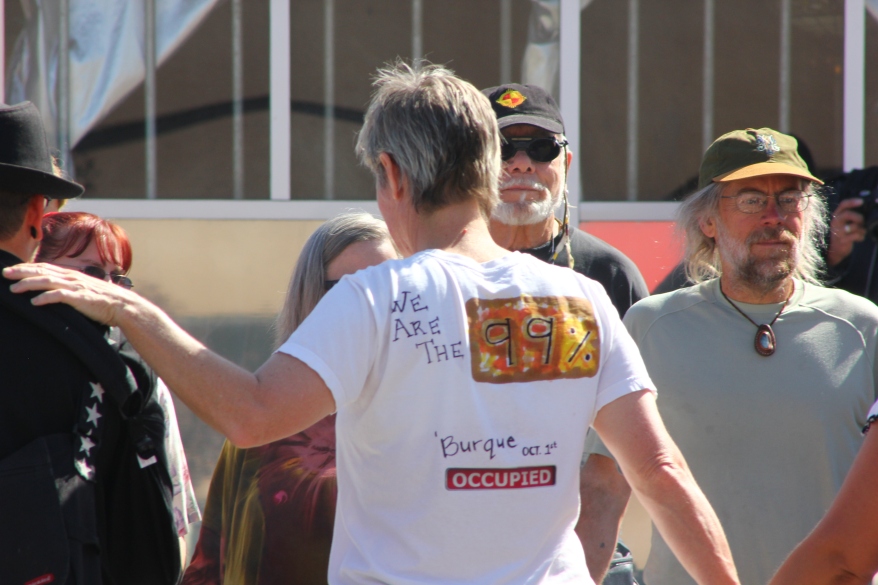 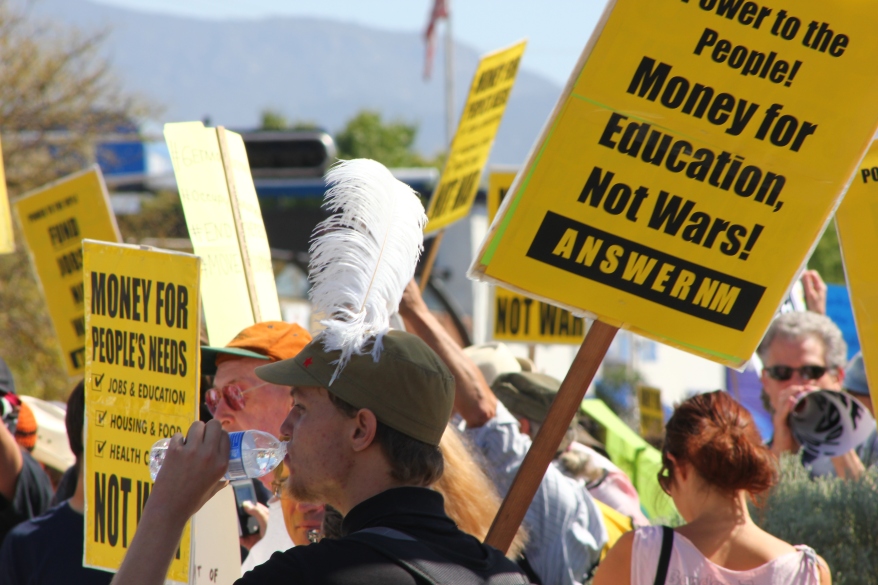 In following the tradition set forth by #occupywallstreet, #occupyburque is to be a peaceful and non-violent protest against the greed and corruption of the top 1%. Fighting back against corporate corruption controlling our government!

“Occupy Wall Street is a leaderless resistance movement with people of many colors, genders and political persuasions. The one thing we all have in common is that We Are The 99% that will no longer tolerate the greed and corruption of the 1%.”

NOTICE!!.. URGENT!! I am an EMT finishing my paramedic’s degree, so please know that through my interaction on the job with the APD, that this information is valid and truthful. I have been informed that the APD is suiting up the worse of their ranks ( the ones known for brutality ) and are SPECIFICALLY assigning these psychologically profiled officers to the rally this Saturday. They will be armed with 12 gauge shot guns loaded with tazer rounds, pepperspray, and of course, tear gas. And they are gearing up for the same performance they dished out onto the peaceful anti war rally years ago. THIS IS A WARNING!!!! We may be peaceful, but they are gearing up for the worse.

Date:  Saturday, October 1st, 2011
Location:  3000 Central Ave SE Albuquerque, NM 87106 US BANK
Time:  11 AM Mountain Time
“We Are the 99%.” We are getting kicked out of our homes. We are forced to choose between groceries and rent. We are denied quality medical care. We are suffering from environmental pollution. We are working long hours for little pay and no rights, if we’re working at all. We are getting nothing while the other 1 percent is getting everything. We are the 99 percent.

Occupy Wall Street is a people powered movement for democracy that began in America on September 17 with an encampment in the financial district of New York City. Inspired by the Egyptian Tahrir Square uprising and the Spanish acampadas, They vow to end the monied corruption of our democracy … and cities all over America are doing the same! New York is now in DAY 12.

Mainstream Media is refusing to cover this revolution. This is a non violent movement for social transformation. Gandhi’s birthday is this weekend and Albuquerque is being called to join the rest of this country in solidarity . 65 cities across the US! Plus The United Kingdom and Australia. This is growing like wild fire. Let this wild fire make a positive difference. This Saturday the West Coast will stand up and we will join them and all other cities participating.

There in NO “ leader” in this movement. We are working together. Horizontal leadership.

Additionally, please follow this blog. I will be posting photos and videos as quick as I can.