RIP Steve Jobs.  The master mind behind Apple’s iPhone, iPad, iPod, iMac and iTunes.  And in the early years, brought home computing forward in leaps and bounds.  My own first computer, in 1992, was a Mac LC.  After I had previously I drooled over the NEXT computer when it came out in 1988.

“We are deeply saddened to announce that Steve Jobs passed away today,” read a statement by Apple’s board of directors. “Steve’s brilliance, passion and energy were the source of countless innovations that enrich and improve all of our lives. The world is immeasurably better because of Steve. His greatest love was for his wife, Laurene, and his family. Our hearts go out to them and to all who were touched by his extraordinary gifts.”

The homepage of Apple’s website this evening switched to a full-page image of Jobs with the text, “Steve Jobs 1955-2011.”

Clicking on the image revealed the additional text: “Apple has lost a visionary and creative genius, and the world has lost an amazing human being. those of us who have been fortunate enough to know and work with Steve have lost a dear friend and an inspiring mentor. Steve leaves behind a company that only he could have built, and his spirit will forever be the foundation of Apple.”

(Above) This was the first computer made by Apple Computers Inc, which became one of the fastest growing companies in history, launching a number of innovative and influential computer hardware and software products. Most home computer users in the 1970s were hobbyists who designed and assembled their own machines. (SSPL/Getty Images)

Jobs co-founded Apple Computer in 1976 and, with his childhood friend Steve Wozniak, marketed what was considered the world’s first personal computer, the Apple II.

Industry watchers called him a master innovator — perhaps on a par with Thomas Edison — changing the worlds of computing, recorded music and communications.

In 2004, he beat back an unusual form of pancreatic cancer, and in 2009 he was forced to get a liver transplant. After several years of failing health, Jobs announced on Aug. 24, 2011 that he was stepping down as Apple’s chief executive.

“I have always said if there ever came a day when I could no longer meet my duties and expectations as Apple’s CEO, I would be the first to let you know,” Jobs wrote in his letter of resignation. “Unfortunately, that day has come.”

One of the world’s most famous CEOs, Jobs remained stubbornly private about his personal life, refusing interviews and shielding his wife and their children from public view.

“He’s never been a media person,” said industry analyst Tim Bajarin, president of Creative Strategies, after Jobs resigned. “He’s granted interviews in the context of product launches, when it benefits Apple, but you never see him talk about himself.” 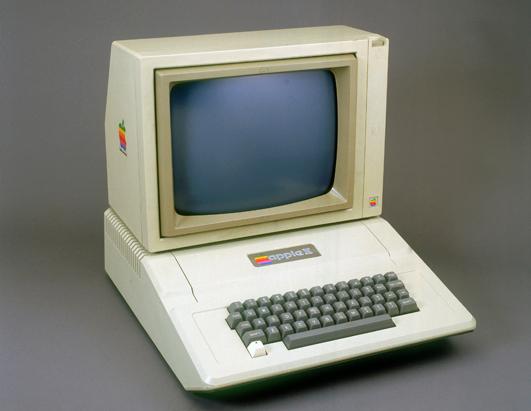 The highlights of Jobs’s career trajectory are well-known: a prodigy who dropped out of Reed College in Oregon and, at 21, started Apple with Wozniak in his parents’ garage. He was a multimillionaire by 25, appeared on the cover of Time magazine at 26, and was ousted at Apple at age 30, in 1984.

In the years that followed, he went into other businesses, founding NeXT computers and, in 1986, buying the computer graphics arm of Lucasfilm, Ltd., which became Pixar Animation Studios.

He was described as an exacting and sometimes fearsome leader, ordering up and rejecting multiple versions of new products until the final version was just right. He said the design and aesthetics of a device were as important as the hardware and software inside.

In 1996, Apple, which had struggled without Jobs, brought him back by buying NeXT. He became CEO in 1997 and put the company on a remarkable upward path.

(Above) Apple Inc. CEO Steve Jobs (foreground) speaks during an Apple event Jan. 27, 2010 in San Francisco. Projected behind him is a picture from Apple’s beginnings, showing Jobs on the right with his co-founder, Steve Wozniak. (Justin Sullivan/Getty Images)

By 2001 the commercial music industry was on its knees because digital recordings, copied and shared online for free, made it unnecessary for millions of people to buy compact discs.

Jobs took advantage with the iPod — essentially a pocket-sized computer hard drive with elegantly simple controls and a set of white earbuds so that one could listen to the hours of music one saved on it. He set up the iTunes online music store, and persuaded major recording labels to sell songs for 99 cents each. No longer did people have to go out and buy a CD if they liked one song from it. They bought a digital file and stored it in their iPod.

In 2007, he transformed the cell phone. Apple’s iPhone, with its iconic touch screen, was a handheld computer, music player, messaging device, digital wallet and — almost incidentally — cell phone. Major competitors, such as BlackBerry, Nokia and Motorola, struggled after it appeared.

By 2010, Apple’s new iPad began to cannibalize its original business, the personal computer. The iPad was a sleek tablet computer with a touch screen and almost no physical buttons. It could be used for almost anything software designers could conceive, from watching movies to taking pictures to leafing through a virtual book. 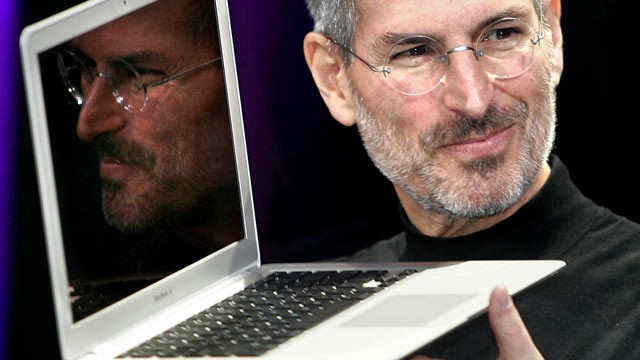 Jobs kept a close cadre of friends, Bajarin said, including John Lasseter of Pixar and Larry Ellison of Oracle, but beyond that, shared very little of his personal life with anyone.

But that personal life — he was given up at birth for adoption, had an illegitimate child, was romantically linked with movie stars — was full of intrigue for his fan base and Apple consumers.

Jobs and his wife, Laurene Powell, were married in a small ceremony in Yosemite National Park in 1991, lived in Woodside, Calif., and had three children: Reed Paul, Erin Sienna and Eve.

He admitted that when he was 23, he had a child out of wedlock with his high school girlfriend, Chris Ann Brennan. Their daughter, Lisa Brennan Jobs, was born in 1978.

He had a biological sister, Mona Simpson, the author of such well-known books as “Anywhere But Here.” But he did not meet Simpson until they were adults and he was seeking out his birth parents. Simpson later wrote a book based on their relationship. She called it “A Regular Guy.”

Fortune magazine reported that Jobs denied paternity of Lisa for years, at one point swearing in a court document that he was infertile and could not have children. According to the report, Chris Ann Brennan collected welfare for a time to support the child until Jobs later acknowledged Lisa as his daughter.

There were other personal details that emerged over the years, as well.

At Reed, Jobs became romantically involved with the singer Joan Baez, according to Elizabeth Holmes, a friend and classmate. In “The Second Coming of Steve Jobs,” Holmes tells biographer Alan Deutschman that Jobs broke up with his serious girlfriend to “begin an affair with the charismatic singer-activist.” Holmes confirmed the details to ABC News.

Enigmatic and charismatic, Jobs said little about himself. But then his body began to fail him.

In 2004, he was forced to say publicly he had a rare form of pancreatic cancer. In 2009, it was revealed that he had quietly gone to a Memphis hospital for a liver transplant.

He took three medical leaves from Apple. He did not share details.

In 2009, sources said, members of Apple’s board of directors had to persuade him to disclose more about his health as “a fiduciary issue,” interwoven with the health of the company.

He was listed in March as 109th on the Forbes list of the world’s billionaires, with a net worth of about $8.3 billion. After selling Pixar animation studios to The Walt Disney Company in 2006, he became a Disney board member and the company’s largest shareholder. Disney is the parent company of ABC News.

Analysts said Apple performed well during Jobs’ absence, partly because he was available for big decisions and partly because his chief lieutenant, Tim Cook, was the hands-on manager even when Jobs was there.

The company has a history of bouncing back. In January 2009, after he announced his second medical leave, Apple stock dropped to $78.20 per share. But it quickly recovered and became one of the most successful stocks on Wall Street. On one day in the summer of 2011, with the stock hitting the $400 level, Apple briefly passed ExxonMobil as the world’s most valuable company. 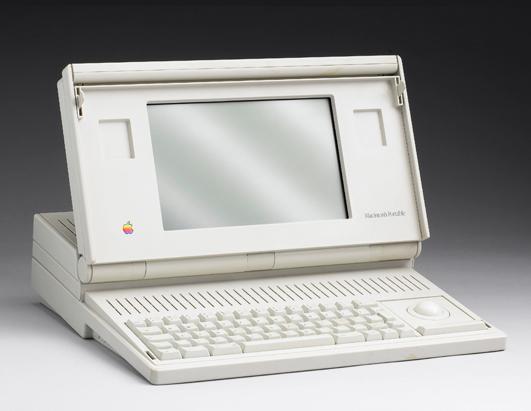 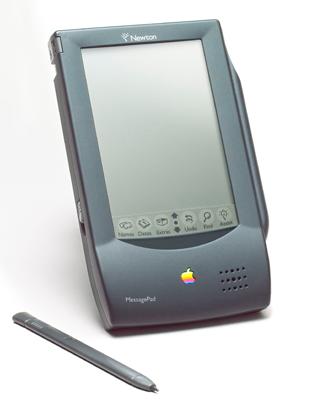 (Above) The Apple Newton was an early PDA, or Personal Digital Assistant. Designed at a time after Jobs had been ousted from the company, it sold poorly. (Daniele Melgiovanni/Science Museum/Getty Images) 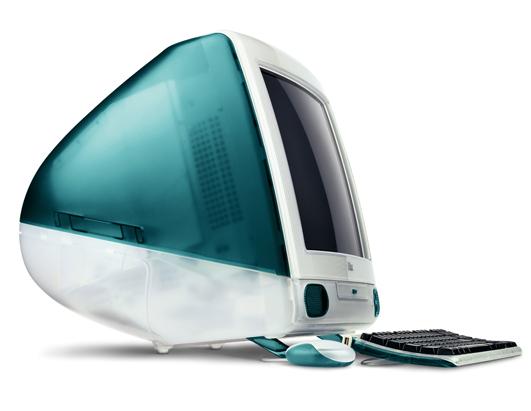 (Above) The original iMac was introduced in 1998. (Universal History Archive/Getty Images)

(Above) MacBook and MacBook Pro were introduced in 2006. (Apple) 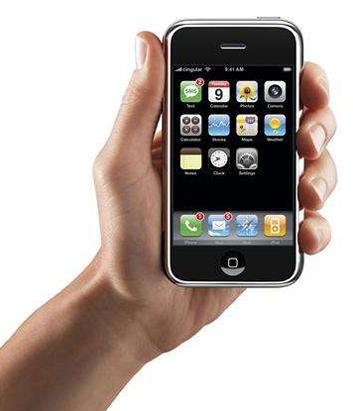 (Above) In 2007, Steve Jobs revealed the long anticipated iPhone at the Macworld Conference & Expo.(Apple/Getty Images) 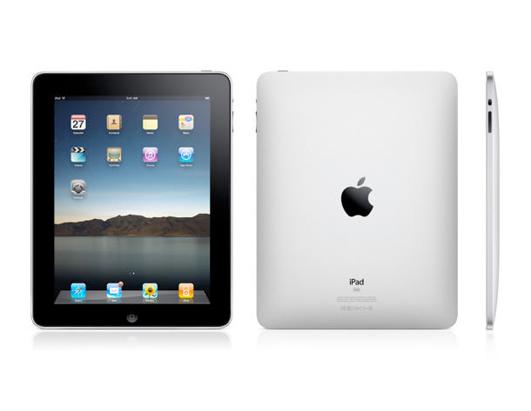 (Above) The iPad. Apple introduced its much-anticipated media tablet on Jan. 27, 2010. (Apple)