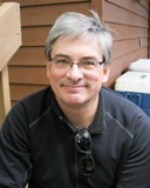 This is just another example of the evolution of the state of our economy and out banking system.

Servers at Parasole restaurants received word last Tuesday that they’ll have to give up 2% of their credit card tips to the house.

A server at Good Earth Roseville tells City Pages that higher-ups explained the move as being necessary due to rising credit card use amongst customers and higher fees from banks. The excised 2% on their tips will make up for rising fees.

The workers are in a quasi-revolt because they’re making minimum wage already.

“People aren’t tipping as much because the economy is bad,” the server said. “Now they’re asking us to take a 2% cut in income.”

City Pages called Good Earth to ask about the issue but was directed to Parasole’s corporate offices.

“Whatever we end up doing in terms of compensation for employees is between us and the employees,” Clayton says. “So there’s no reason for us to share it with the rest of the world.”

The waitstaffer City Pages spoke with says an official announcement was posted in the kitchen explaining that this change would affect servers at all Parasole restaurants, including Chino Latino, Uptown Cafeteria and Sky Bar, Il Gatto and Manny’s Steakhouse.