“Catch a Slave” Game Played by Teacher with Students in Georgia

“It was kind of like tag, but we were slaves and slave catchers,” a student told her mother. “She [the teacher] would sit on the bench and the slave catchers would come up to the door and ask did she have any slaves.”

What is going on in Georgia? Just recently, a teach in a Lawrenceville GA elementary school used slave questions on a math test such as:

“Each tree has 56 oranges. If eight slaves pick them equally, then how much would each slave pick?”

“It was kind of like tag, but we were slaves and slave catchers,” Lasley said her daughter told her. Lasley’s 8-year-old said her teacher proposed the game based on what they were learning in Social Studies, and also participated. “She would sit on the bench and the slave catchers would come up to the door and ask did she have any slaves,” the student said. 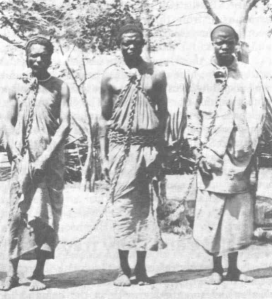 Another parent, Charvia Rivers, said both her children shared a similar story. She said her son, Kaya Toney, is in the same class. Toney said the teacher described the game as “a game where slave catchers catch slaves.”

But Gwinnett County Schools spokesman Jorge Quintana said the district investigated the activity and found the teacher wasn’t involved. “The district determined that the activity was student-initiated and that allegations regarding the teacher’s involvement were unfounded,” he said in a statement.

Rivers’ daughter, third-grader Raven Toney, said the teacher played a safehouse guard, telling her and other designated slaves when to run. “She was right there on the bench,” the girl said.

Both parents said the game was inappropriate and insensitive. “It is demeaning, dehumanizing and hurtful,” Rivers said.

I am not sure I am buying the story from the district that the game was student-initiated. For arguments sake, however, let’s say the student did create and start the game. The teacher was present and did actively participate in the game. Why did the teacher not insist on changing the subject of the game? Especially after what has recently happened with the test questions. At the very least, the teacher should have voiced her concerns about the subject of the game being about slavery and not participated.

On a follow-up note, the teacher who created the slave math problems has resigned.