Super PACs Have Spent Over $42 Million

Two federal court rulings in 2010 paved the way for the ascent of “super PACs,” political action committees that can raise and spend unlimited amounts of money on political races, as long as they don’t coordinate with a specific candidate. And so far, they’re spending heavily on the Republican race. No surprise there. This app, part of ProPublica’s long-term investigation into “dark money,” keeps track of where super PACs are spending their cash to influence the presidential race.

The total amount spent as of today is $42,349,850. The largest amount spent by any one PAC is the Restore our Future (which I think Destroy our Future is a more accurate name) who supports Mitt Romney. They alone have spent $17,485,665.  Hmmpphhh… I can think of a thousand other ways that this money would be better spent.

Here is a partial screen shot showing today’s numbers. Click on the image to go to ProPublica’s interactive app to view more info. 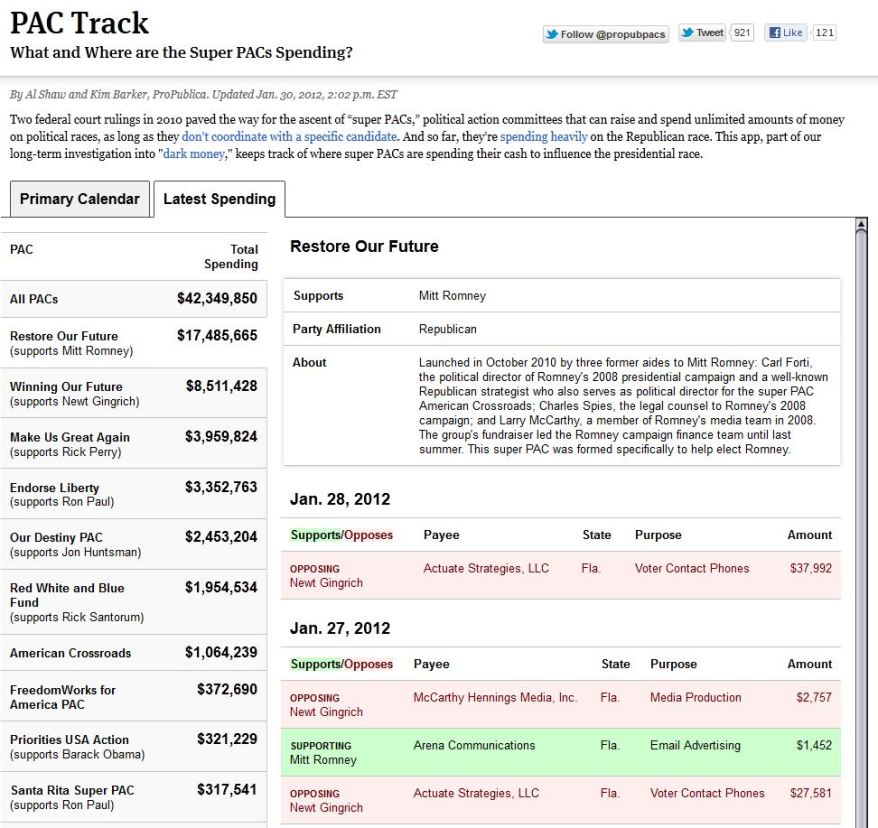