During the late 19th and early 20th century, the few laws prohibiting child labor were moderate and rarely enforced.

In North Carolina, the age limit was 13 for employment in factories such as mills, and children under 18 were allowed to work up to a shocking 66 hours per week! Mill owners had to “knowingly and willfully” break these laws before they could be convicted.

Even more lenient laws were in place in South Carolina, where the age limit for factory workers was 12 years old. However, orphans and children with “dependent” parents (those too sick to work) could work at any age and any amount of hours.

These laws were rarely, if ever, enforced. Former child workers remember scrambling to hide in closets on the few occasions when factory inspectors would visit to check on working conditions in the mill.

Clicking on a thumbnail will bring up the photo in full size
and you may then toggle through at your own pace. 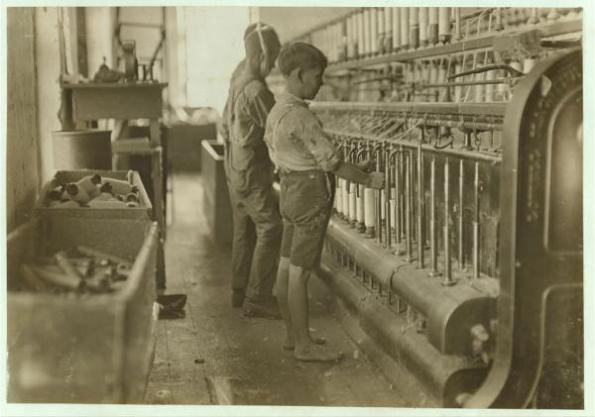