One year ago on March 6, 2011, a trifecta of disasters hit Japan. First was a 9.0 earthquake which caused a massive tsunami to hit the shore. A tsunami so large that the Fukushima Daiichi nuclear power plant suffered a triple meltdown. A combination of all three killed as many as 20,000 people, left tens of thousands of homes and businesses in ruins, and turned that area of Japan into a ghost town.

With the radiation contamination in the area, clean up has been slower than expected. Only 5% of the nearly 23 million tons of debris have been disposed.

I was just getting in bed and turned on CNN this fateful night last year. The news coverage had just started and I sat riveted for hours unable to go to sleep watching the disaster unfold before my very eyes. Having a degree in earth sciences, I completely understood the magnitude of what just occurred – the force and energy to displace that amount of water was, and still is, completely mind boggling.

Here are some photos of Japan one year later. All photography by James Nachtwey courtesy of TIME.

Feb. 27, 2012. Namie, Japan. Police from Futaba District Police Station, which is inside the exclusion zone, search for the dead and still-missing along the ocean front near the power plant, the stacks of which can be seen in the far distance. 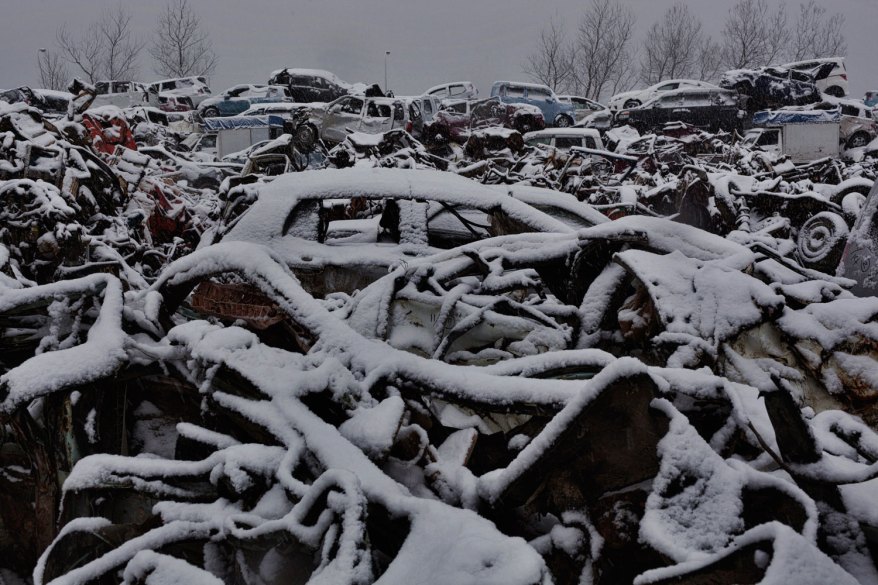 Feb. 23, 2012. Rikuzentakata, Japan. Mountains of clothes and household textiles that cannot be recycled. 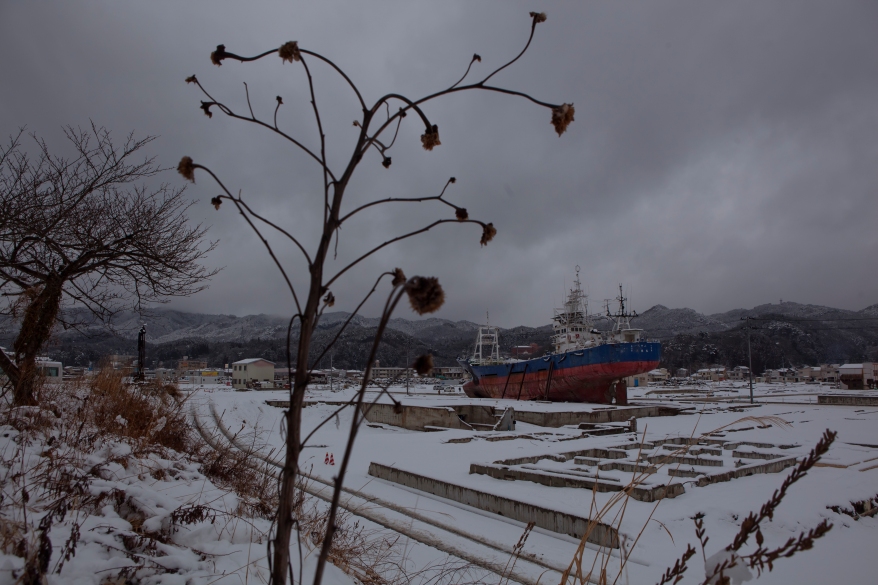 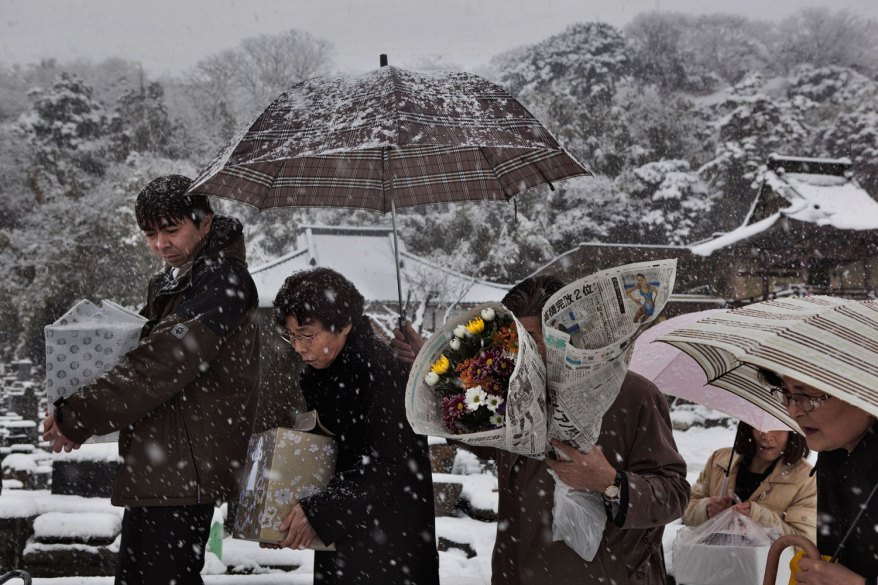 Feb. 25, 2012. Ishinomaki, Japan. A family buries the remains of family members lost almost a year before.