On Tuesday, the same day that West was fantasizing about 80 members of Congress being card-carrying members of the Communist Party, the actual American Nazi Party was making its move onto the Hill. One John Bowles registered with the Clerk of the House that day as a lobbyist for for the white supremacist group. Bowles was the National Socialist Movement’s presidential nominee in 2008.

Bear with me… I am having a very difficult time stomaching this and not blowing up in a major tirade….

What does he intend on lobbying about? He stated on his registration form that he intends to lobby on the issues of “political rights and ballot access laws.”

Asked by U.S. News and World Report if he thought an avowed Nazi would actually be able to secure meetings with politicians, Bowles responded with confidence:

“I don’t see why not,” he says, adding that he knows lobbyists rely on their credibility. “Of course I won’t approach anybody in Congress unless it’s a very interesting issue or law,” he promises. “I’m going to be very careful about the issues I choose for this.”

In the interview, Bowles says he once ran as a Baltimore City convention delegate to the Republican Party Convention in 1984 and explains his 2008 presidential platform:

I am running as “The White People’s Candidate” for President of the USA in 2008 because I believe that America has changed for the worse because the once-dominate White European-American is being reduced to second-class citizen status and losing political power. Much of the present American Southwest is reverting to a Spanish speaking Mexican culture, with Puerto Ricans breeding faster than Blacks in New York City, and Cuban refugees still crowding into Florida it is possible that North America may soon look like South America. White Americans need to start voting as a bloc and not as individuals if they are to have an effective voice in government or America will turn into a third world country.

Okay, after that comment, it is now time for me to exit before I become just as hateful as he is. And I refuse to crawl along in the sewers with that sort of filth. So, [Michelle] exit stage progressive left.

First, though, let me be clear about one thing…. 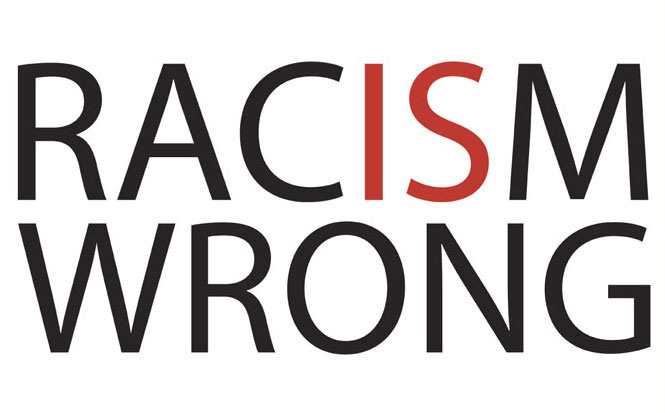