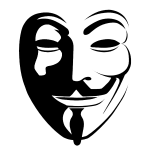 Looks like Anonymous has struck once again, and this time they hit Formula 1 which is going on right now in Bahrain. Why? According to Anonymous, they have “been monitoring the human rights situation in Bahrain and the popular democratic uprising for over a year now, only to see the oppression of its people grow worse.”

Anonymous Operation Bahrain did a data dump of Formula 1 spectators and ticket sales, however this time, they removed some vital information in order to preserve the privacy of the innocent spectators.

Here is what they said in regards to the dump:

“ATTENTION
Because we care more about individual’s privacy than the F1 Racing Authority or the Government of Bahrain we have kindly redacted portions of this data including names, telephone numbers, e-mails and passport numbers. All raw data has been deleted from those who had access to it and we kindly ask anyone who accesses this data to refrain from using it for malicious purposes.

Formula1 we asked you nicely to expect us and this is what you get. We hope you’ve learnt your lesson.


.
An example of the info uploaded of one of the spectators:

Here is some more information from Anonymous about the situation in Bahrain and the reason for the hack. You may view everything in it’s entirety on their site: f1-racers.net. Several other videos have been included as well including but not limited to police abuses and lethal use of tear gas.

“The violence is handled in the usual way; the lies come courtesy of an American PR firm called Qorvis.”

“Now, a grand spectacle has come to Bahrain – the F1 Bahrain Grand Prix has begun and we have decided to add to that spectacle.”

“As of 22/4/2012 Abdulhadi Alkhawaja has entered Day 74 of his hunger strike in protest of the human rights abuses of the government of Bahrain, mistreatment and torture of prisoners and to call for the release of all political prisoners. This marks the longest anyone has been recorded on hunger strike and doctors expect him to die at any moment. We call on the government of Bahrain to immediately grant him freedom and to do the humanitarian thing in sparing his life.”

“How dare the government of Bahrain hide behind an international sporting event as an attempt to conceal the oppression it is committing against its own people.”

“How dare the Formula1 organization allow the royal family to profit millions of dollars off of holding an event there, money which in turn is being used to purchase tear gas and live ammunition which has been used against civilians while Formula1 is being held.”

“We will take down your websites, turn them into worthless entities on the World Wide Web and leave nothing but a smoking crater in cyberspace. Your phone lines, your e-mails, your fax machines and anything else we can get our hands on will be considered fair game. Good luck generating ad revenues with your servers down! You do not deserve to profit a single penny off the misery you have contributed to.”

“To the fans of F1: You have every right to watch and enjoy your sport, but you have the responsibility to consider the ramifications of your support of this event. Please do the right thing and join the people of Bahrain in solidarity by boycotting this event. Do not watch it on television, do not visit F1 websites. Show that you do not condone racing on the blood of the innocent.”

“To the drivers and teams in this race: There is nothing to stop you from taking your spot on the track. But you have another option as well. Join former F1 champions in condemning this atrocity and stand up against tyranny. You will be recorded by history as having either done the right thing, or as having participated in a spectacle calculated to distract from the dictatorship. The choice is yours. Please make the right one.”

“To the people of the world: Join us. Help in the fight for justice in Bahrain. Join Anonymous in sending faxes, writing letters, and calling on your governments to encourage the government of Bahrain to cease its assault on the human rights of its people.”

Here are the official Anonymous sites. There are many other functioning under a feign of Anonymous, some of which carry malware. I know this because early on when Anonymous was starting to get more press coverage due to Occupy Wall Street, I clicked on the link in a tweet, and it was not the right one. Whoever it was tried to hit me with a trojan. Luckily, my internet security system blocked it.