The young scientist and inventor suddenly realized that his first trial of teleporting an animate object along with an inanimate object still had some kinks in it after he tried to teleport his dog, Nipper, and his antique RCA Victor-Victrola together.

When Spot was practicing for his upcoming audition to be the next RCA dog, Nipper, he did not know that the cone was actually supposed to be the horn on the old Victor-Victrola phonograph.

Rex hated it when his master would have one too many when friends came over, pulling out his old cone to put on him to play, “Look, it’s Nipper!”

Left penniless after Fifi divorced him for sniffing another dog’s butt, Butch would perform his RCA Nipper vaudeville act on the street corner hoping that someone would eventually toss him a bone. 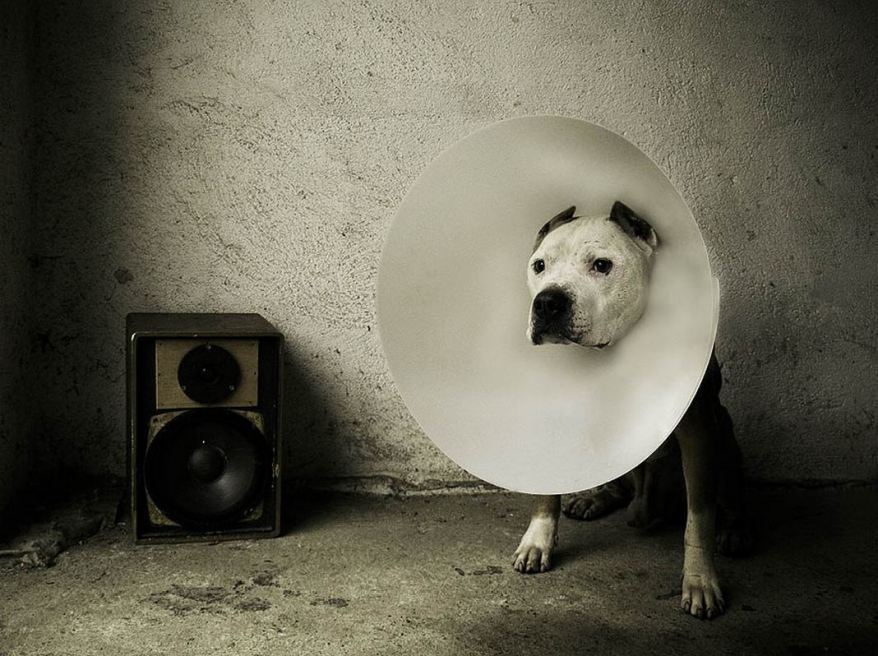