What you see in these photos is the very rare and very pink katydid. First discovered back in 1887, the pink katydid is so rare that they occur once out of every 500 individuals. The website Treehugger quips, “You have a better chance of spotting a unicorn in the wild.”

The pink color is the result of a condition called erythrism, similar to the recessive gene that afflicts albino animals. Diet or a genetic mutation are the two causes of the condition. Katydids are large, leaf-shaped and usually green.

While people have tried to produce pink katydids in captivity, there had been little success until last year. The New Orleans Audubon Insectarium had acquired both a pink male and a pink female katydid which resulted in a litter of new pink babies.

• The parental katydids, both pink, were brought to Audubon Insectarium during the summer of 2008 as donations by visitors.

• The pink katydids were sent off to Cokie Bauder, Manager of Animal Collections at the Insectarium’s Insect Rearing Facility, for supervision and care.

• This unusual katydid coloration was first written about in a scientific article in 1878.

• The first and only available scientific research paper on the genetics of this coloration and captive breeding was conducted by Dr. Joseph Hancock and published in February 1916.

• No scientific records appear to exist for the offspring of two pink parents. It appears that Hancock was only able to successfully produce viable offspring from crosses of one pink female to one green male. 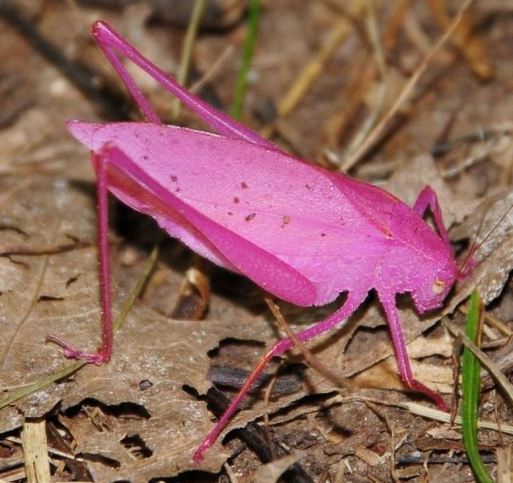 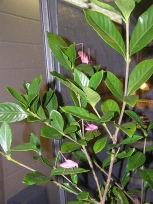