FYI… IzaakMak, you may want to skip this one.

An entertaining and informative article from Scientific American. Here are a few of the more horrifying ways a beetle can kick the bug-et (oh, ouch) or agonizing arthropod annihilations. After seeing these photos and reading the deathly demise of a dragonfly done in by another dastardly demon (hey, I’m trying…), I don’t feel quite so bad when I accidentally step on a crunchy creepy-crawly now. At least it’s quicker and much less painful than some of these ways….

1. Your guts are impaled on spiky ant teeth.

2. Your innards are suddenly sucked out by a predatory maggot.

Schlorp! An Aphis nerii milkweed aphid meets an end at the suction-mouth of a hover fly larva (Arizona). 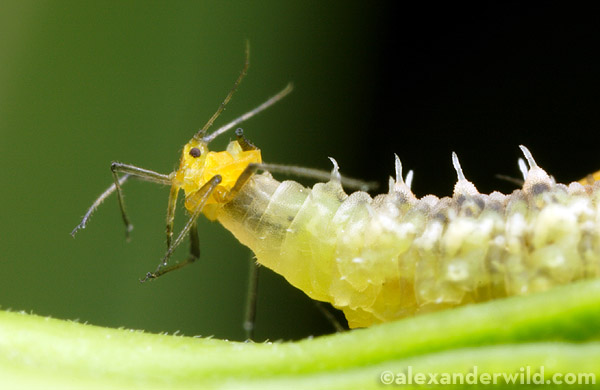 3. Your brain is invaded by a zombie fungus that directs you to an ideal spot for your parasite to release spores.

A cricket has succumbed to a insect-eating fungus (Belize).

4. One of your friends turns out to be a giant hungry spider.

Betrayal! An Aphantochilus rogeri ant-mimic spider feeds on the turtle ants it resembles. Like most spiders, Aphantochilus dissolves the tissues of the prey with injected venom and sucks up the slurry (Ecuador).

5. Wasp larvae eat you alive while you can’t move.

This spider is alive but paralyzed. She will make a tasty, days-long meal for the young wasp that hatches from the egg. Paralyzed prey doesn’t rot as quickly as dead prey, so this seemingly morbid scheme has reason. (Victoria, Australia)

6. Your head takes a direct injection of Dracula Ant venom.

Ouch! This earth centipede is the preferred prey of the Stigmatomma oregonense dracula ant. It will be paralyzed with this sting and fed alive to piles of hungry ant larvae (California).

7. Your body is slowly weakened and destroyed by wasp grubs feeding on your insides.

An inchworm carries pupae of braconid wasps that have emerged from its body (Illinois). 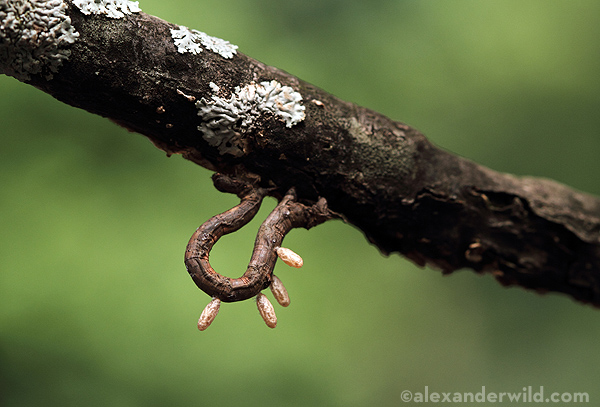 8. A fly lays an egg in you that causes your head to fall off.