Politics by the Numbers

Earlier today I read a DailyKos publication titled “15 things everyone would know if there were a liberal media” by akadjian on August 7th. Although I don’t necessarily agree with the authors indication that all the 15 items are not covered in the media – as I have seen a few of them covered quite a bit – I did like the easy, straight-to-the-point figures and facts provided. So, thought I would share a few. The site link will be available at the bottom of this page if you would like to read the entire article in DailyKos.

I do agree that this topic is not covered enough in the news, nor is it brought up by Democrat politicians very often. This really is a topic every Democrat – and Republican for that matter if they truly care about their voters – should be screaming about at the top of their lungs. We have a jobs problem not solely due to the economy, but because millions of jobs are going overseas. Millions!

Since 2000, U.S. multinationals have cut 2.9 million jobs here while increasing employment overseas by 2.4 million. This is likely just the tip of the iceberg as multinational corporations account for only about 20% of the labor force. 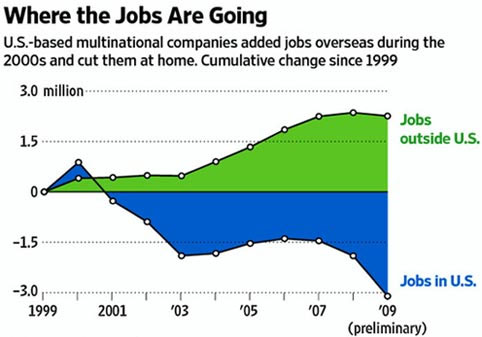 With the Occupy Movement, this was all over in the news, but has died out since then. I do still hear this brought up by Obama and his staff occasionally. Especially during the election.

This is most definitely not covered in the news… and it really needs to be brought to everyone’s attention. This completely sickens me and every citizen should be ashamed of our country on this topic alone. The problem is most people brush off cons and ex-cons like they’re scum, and just don’t really care about them. “They deserve(d) to be locked up.” In reality, most of them do not. The private prison industry has done a frightening job at lobbying and padding wallets in order to pass bills and laws that are purely to help increase the prison population. I keep telling people not to be surprised if in the near future, having (for example) five unpaid parking tickets will require 90 days locked up – and will be in a privately-owned facility. Cha-ching.

Which country in the world has the most people in prison?

You might think it would be China (with 1+ billion people and a restrictive government) or former Soviets still imprisoned in Russia. 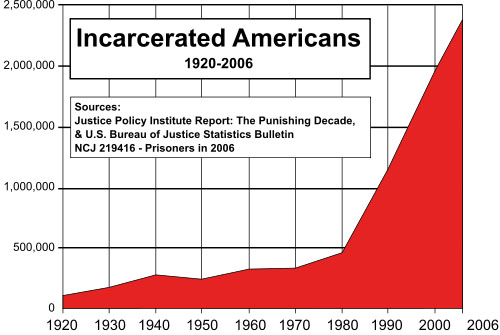 Number of Blacks in Prison

The title says it all. And no, not covered in the news.

Numbers like these suggest a racial bias in our justice system.

US Health Care, Highest Costs in the World

I cannot stop shaking my head about this one. The Republican Party apparently likes it this way as they so badly want to repeal the first act that has come along in decades which will help get the rising cost of health care under control. Our media does need to compare our healthcare to other countries world-wide, especially against the successful countries.

Total amount of GDP spent on health care is also the highest of any country in the world at 17.6 percent. The next closest country is the Netherlands at 12%.

The redistricting within states so that the Republicans are able to win a majority of districts. Personally, I think this should be illegal. There is nothing fair nor right about this at all. Each district should be a fairly equal amount of registered Democrats and Republicans. I will agree that this does need to be covered in more detail in the news. Infographic below via Mother Jones.

The number of bills blocked by Republicans in Congress

More proof that most of the Repulicans, and the party as a whole, just do not care about the welfare of Americans.

The filibuster has been used a record number of time since Obama was elected President. From 2008-2012, 375 bills weren’t even allowed to come to a vote in the Senate because Republicans threatened the filibuster.

Also, until the Senate recently threatened to reform the filibuster, the GOP had succeeded in holding up 79 of President Obama’s picks to the U.S. Circuit Court and Courts of Appeal. They’re blocking these appointments regardless of qualification.

The impact of temporary workers on our economy

Actually, this is a new stat that I had not seen. It’s a fact I was slightly aware of, but I will agree, there is little to no news coverage about this.

The number of temporary workers has grown by more than 50 percent since the recession ended to nearly 2.7 million.

If freelancers, contract workers, and consultants are included, the number is nearly 17 million workers not directly employed by the companies who hire them. This equals 12 percent of the workforce.

Who controls the media

I have seen this stat before, but I do not expect to see this covered in the main stream media at all. No one wants to bite the hand that feeds them. This is a very frightening statistic because there will be more and more control of the news as these monoliths of media devour up the independents.

These companies are in business to make a profit.

Source:
Daily Kos: 15 things everyone would know if there were a liberal media