Drone delivery not just a dream for Amazon – now delivering drugs from Mexico (well, trying to…) 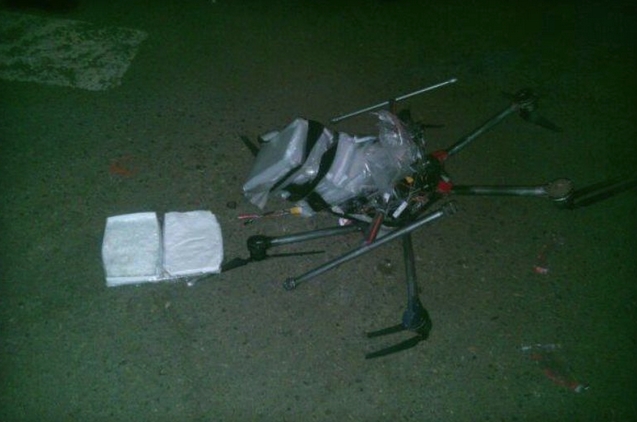 This week a drone crashed in a supermarket parking lot near the San Ysidro, CA-Mexico, border. The six-propeller remote-controlled aircraft was most likely overweight as it contained more than six pounds of crystal meth, divided into six packets.

According to The Verge:

…. a source at the Drug Enforcement Agency (DEA) told a Mexican news outlet that in 2012, drug-packed drones made at least 150 attempts to cross the border. The technology has been used to transport drugs away from the border, as well. Last year, a drone crashed while attempting to transport marijuana to a South Carolina maximum security prison, and a man in Australia was arrested for making a similar attempt near a Melbourne prison.

When it comes to drug trafficking, you have to admit, there are no limits to their creativity.