When hired to do a job, there are just some things that one should just not do, and metaphorically slapping the client in their face, especially the President of the United States, is one of them. 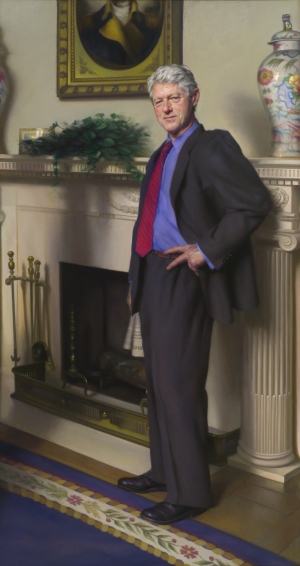 Nelson Shanks, a world-renowed portrait artist, revealed in a recent interview that the shadow in one of President Clinton’s portraits represents Monica Lewinsky standing in the room.

Click here and here if you want to read the story.

The portrait, which was unveiled in 2006, is also notable for not depicting Clinton’s wedding ring. (source)

Ouch! A low-blow and a slap in the face.

Shanks claims to be "very conscious of trying to paint a moment in history," but there are other moments in history which are more positive that he could have included. A hint of Chelsea being around, for example. I wonder how many of his previous clients are studying their portraits looking for any hidden meanings of inglorious days of past.

Sure, what Bill did was wrong, but it was not Shank’s place to pass judgment and include such a hateful metaphor. At the very least, Shanks should not have disclosed this information and just kept this little secret to himself.

News just came out about the dress that both Monica wore and Shanks used on the mannequin. It has been discovered that the dress was not blue. Here is a photo of what the dress is reported to look like….

It was white with gold trim. Like this is any surprise…. 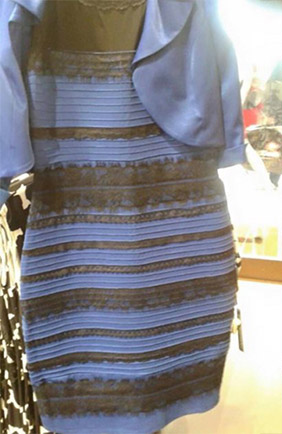