I am currently on vacation, scuba diving in Curacao. Shortly after I first arrived, I was outside my patio door when I saw a rather large iguana on the path to my left. With my camera in hand, I followed, clicking away. Shortly, I heard a rustle from the bushes along the path only to see another large iguana emerge. They both puffed up and the fight was on! In all honesty, I’m not quite sure if the original lizard I was following was the winner or not. When they were rolling around in the sand and growth, I was not able to distinguish one from the other.

The winner did appear to want everyone to know he had won as he stayed on the path, strutting his stuff, while the other defeated lizard disappeared in the shadows of the bushes.

Here are a series of photos I captured during the fight. 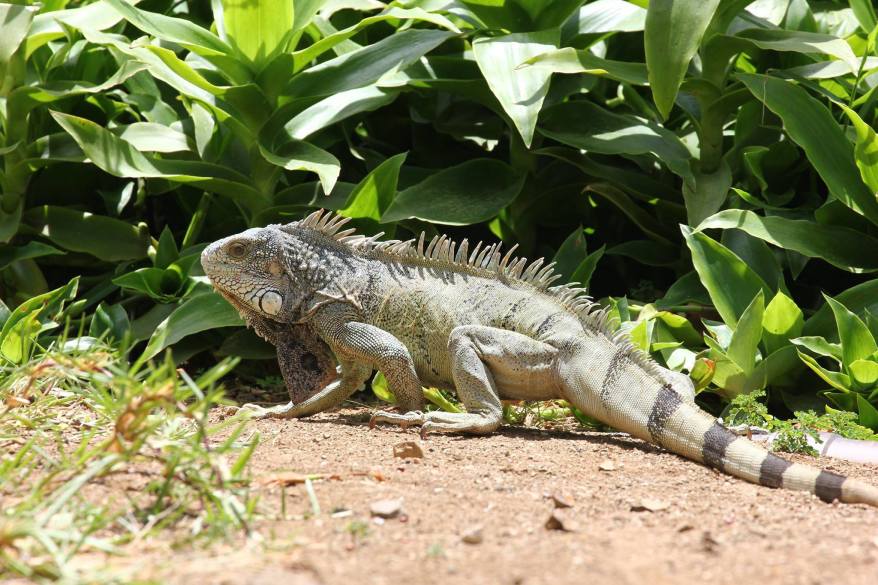 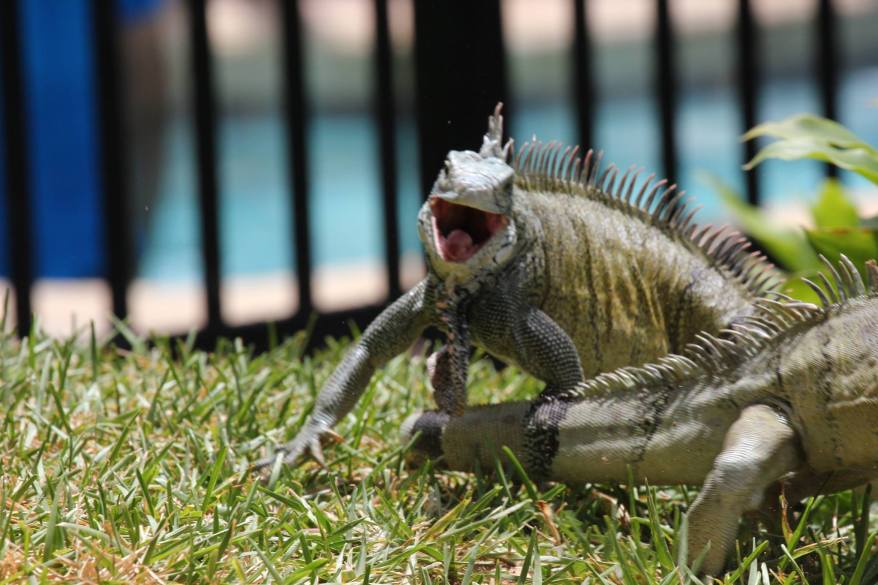 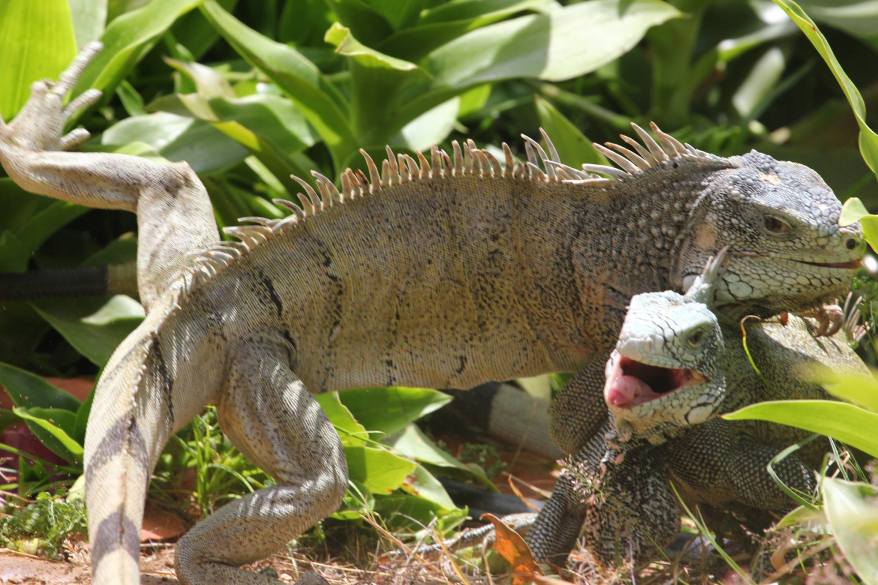 I did give the winner a nickname… “Spike” in honor of the photo below. 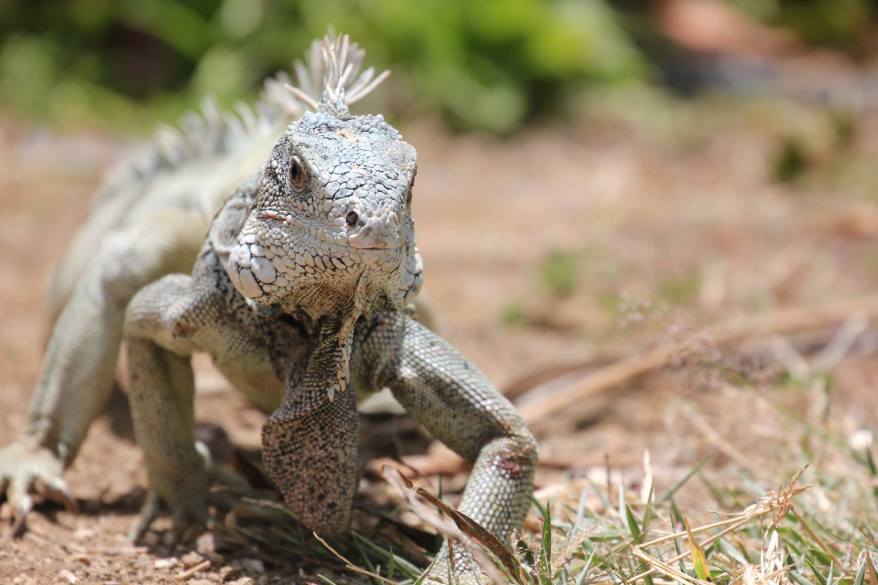