For the past couple summers, I have been fascinated watching the Black and Yellow Garden Spiders growing and inhabiting their webs. Last year, there was a large female under one of the outside lights. One day when I went to check on her and she was missing a leg! No clue what happened, but she lived on for several weeks after that until the cold and frost got to her.

This year there have been several females spinning their webs among the bushes and ivy in front of our house. They are not poisonous to humans and are non-aggressive, and since they help catch insects, they have earned their keep. My only rule is that their web must be in a spot where I don’t walk else I will take down their web continually until they finally get the hint and move somewhere else. This year, there were two beautiful, large females who had webs tucked away from human traffic but in perfect view for photos.

More about this spider first.

The spider species Argiope aurantia is commonly known as the yellow garden spider, black and yellow garden spider, golden garden spider, writing spider, corn spider, or McKinley spider. It is common to the contiguous United States, Hawaii, southern Canada, Mexico, and Central America. They have distinctive yellow and black markings on their abdomens and a mostly white cephalothorax. The etymology of its name means “gilded silver-face”.

The web of the yellow garden spider is distinctive: a circular shape up to 2 feet (60 cm) in diameter, with a dense zigzag of silk, known as a stabilimentum, in the center. The purpose of the stabilimentum is disputed. It is possible that it acts as camouflage for the spider lurking in the web’s center, but it may also attract insect prey, or even warn birds of the presence of the otherwise difficult-to-see web. Only those spiders that are active during the day construct stabilimenta in their webs. (source)

You will notice this stabilimentum in several of the photos. I have also included a video of one of the females spinning her web. Btw… I have not found a male yet. Apparently they become lunch after mating. 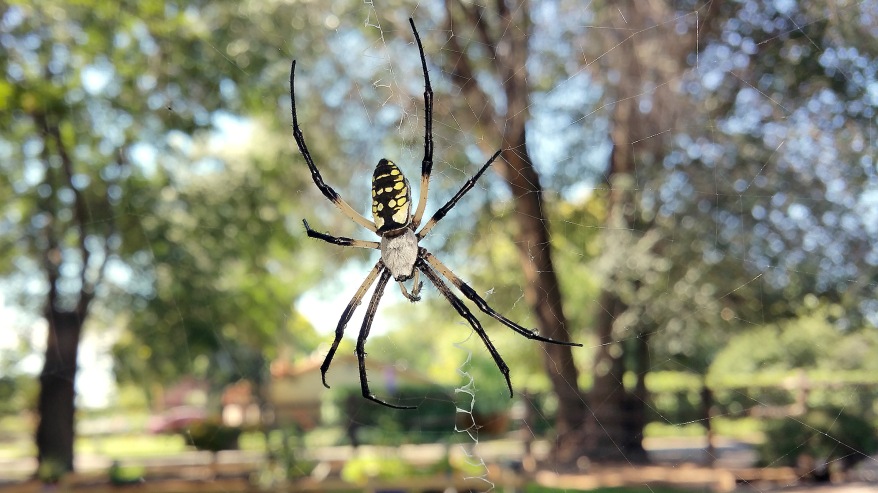 Click on any image to view in full size (much better in full size). You can then scroll through the images. 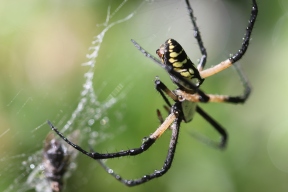 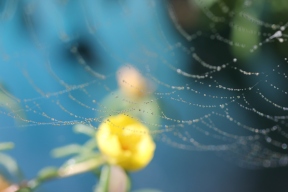 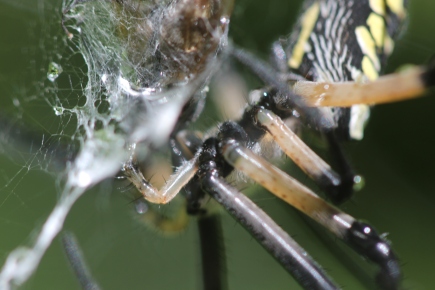 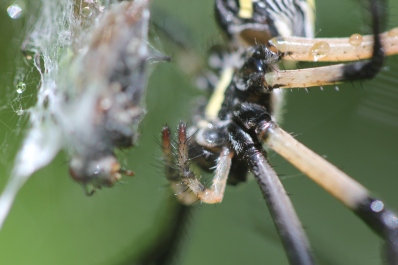