Just how much IS 24.5 trillion gallons of water?

The total amount of rain which has fallen in the Houston area from Hurricane Harvey has now surpassed 24 TRILLION gallons. Yes, that’s a lot, but just how much IS that? Here are a comparisons to help put this record-breaking rainfall in more perspective. 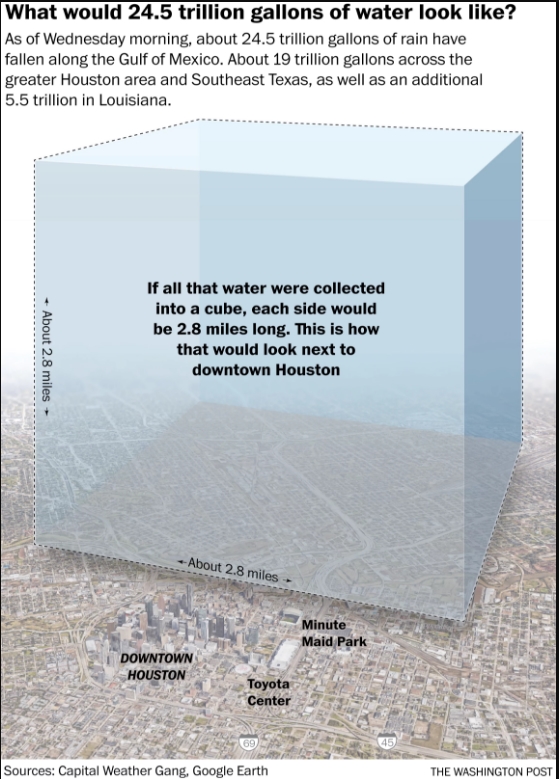 First, there are 18 trillion gallons of water in the Chesapeake Bay. So that’s not even a good comparison. (Ava Marie)

If you piled up 20 trillion gallons of water over the District of Columbia (approximately 68 square miles), the height of the water would be 1,410 feet — or almost the height of the Empire State Building. (Ryan Maue)

The amount of rain that fell in Texas and Louisiana would have ended the historic California drought, twice over. (Paul Deanno)

Over Harris County alone — which is home to Houston — 1 trillion gallons of water fell in the four days from Saturday through Tuesday. That’s as much water as flows over Niagara Falls in 15 days. (Jeff Lindner)

> Motley News: Then, with this comparison, 24.5 trillions gallons of water would be 367.5 days of water flowing over Niagara Falls. That is a FULL YEAR’s worth of water.

It’s enough to cover the entire state of Arizona in more than a foot of water.

Near Mont Belvieu, Tex., 51.88 inches of rain fell. That’s the highest rainfall total in any storm in the history of the United States. 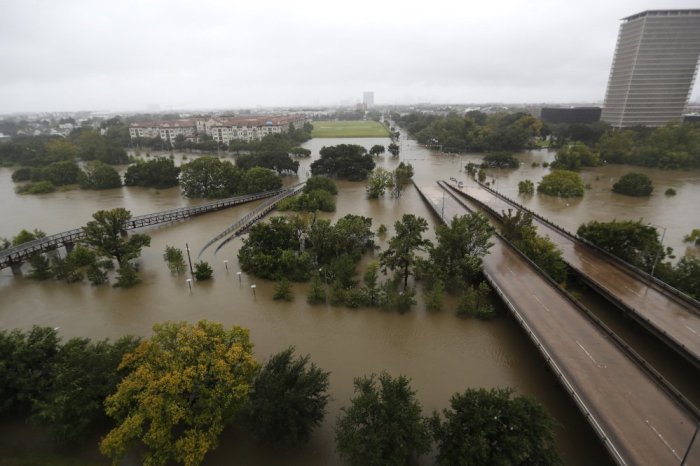