As the Occupy Wall Street demonstration enters its 12thday in New York City – and as progressive activists protest in cities across the country – Bay Area residents are preparing for a mass mobilization on the streets of San Francisco tomorrow afternoon (Thurs/29), targeting financial institutions and other entities that they blame for the economic plight of the average American.

While the mainstream media has alternatively tried to ignore the uprising or scoffed at its wide range of complaints, the activists involved say it boils down to the powerful doing well at the expense of the powerless, and actively widening that divide. And the manifestations are many: layoffs and employee benefit cuts by profitable corporations, a worsening foreclosure crisis and lack of affordable housing, small businesses that can’t get access to capital, political corruption that scuttled real fiscal reforms, deep cuts to government services made worse by the right-wing’s refusal to tax rich corporations and individuals, shady corporate tax avoidance schemes, an education system under assault, refusal to seriously address global warming and economic injustice, and a litany of problems created by the same small group of power brokers.

“It’s along the lines of saying: Look, these people are screwing us in every way they can,” Alysabeth Alexander, the political director of Service Employees International Union Local 1021, told us.

That union and many others are part of the broad coalition – a group that includes university students, social service providers, religious leaders, economic justice advocates, the online collective Anonymous, and others – that is organizing tomorrow’s protests in San Francisco, which will peak between 3-6 pm at selected targets around the Financial District, such as Bank of America, Wells Fargo, Chase, and Goldman Sachs.

“Big banks crashed our economy and destroyed our communities. Budget cuts threaten our schools, libraries, and social services. We bailed out the banks. Now they need to pay,” organizers wrote in an event invite on Facebook.

One of those organizers is Sarah Page, who has been helping coordinate various Occupy San Francisco events, which begin tomorrow with a 7:30 am “wake-up call” at the “night camp” at Stuart Street near Embarcadero and continue through a 4 pm demonstration outside the Federal Reserve Building and into the evening.

Her group’s week of protest began last Saturday with a General Assembly in Union Square and will end with another one there this Saturday at noon. “There’s more people camping and they’ve gotten very organized. Every day it seems like there’s more people showing up,” she told us. “There aren’t really leaders, the people at the camp are really organizing themselves.”

The week of protests, dubbed the Refund California Week of Action, has also been organized and chronicled by the website Make Banks Pay California, which says that this week’s protests throughout the Bay Area will be followed up next week by protests in Los Angeles.

Will the protests that began on Wall Street and trickled into cities around the country catch fire in the same way those in the Arab Spring have? I suppose that depends on who shows up and what happens tomorrow. But we at the Guardian will be out on the streets, chronicling the action with words and images here and tweets here or here, so follow along or join the moment. 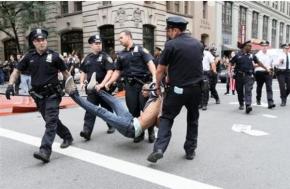 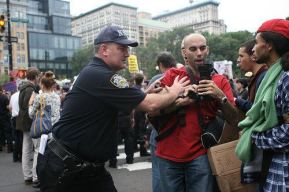 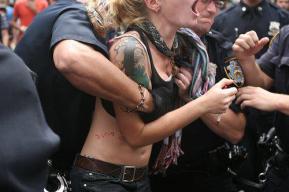 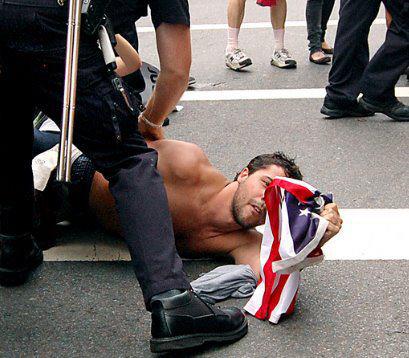 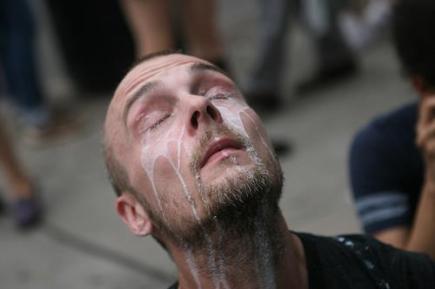 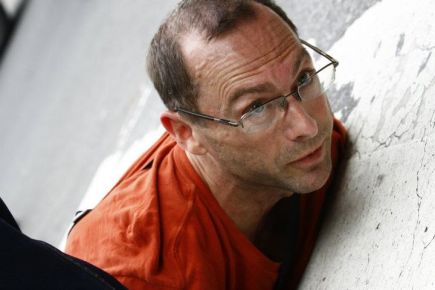 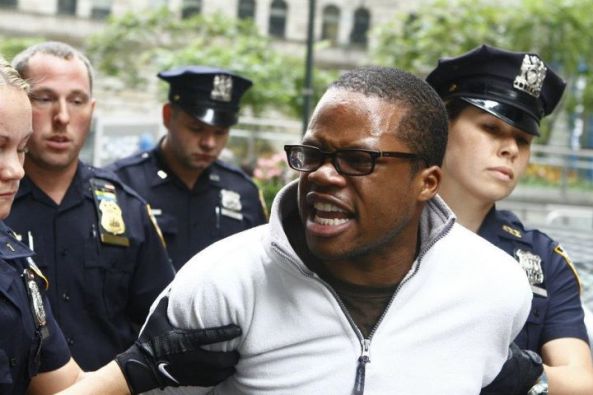