It appears that Speaker Newt Gingrich and Senator Rick Santorum have both grabbed a hold of Communications Director Eric Fehrnstrom’s comment, “Well, I think you hit a reset button for the fall campaign. Everything changes. It’s almost like an Etch-A-Sketch, you can kind of shake it up and we start all over,” and ran full speed ahead with it.

Yesterday, in Lake Charles, Louisiana, this tweet came across the twitter airwaves describing how Newt walked to the podium with an Etch-A-Sketch in his hand, and then gave it to a kid in the front row saying, “You can now be a presidential candidate.” 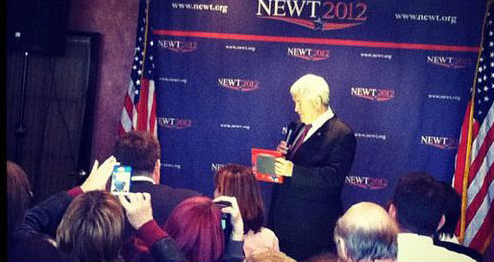 Then on Thursday, Newt appeared at a glorified photo op at Big Al’s Seafood Restaurant in Houma, Louisiana, brandishing a pink Etch-A-Sketch with “No Romney” printed on the back: 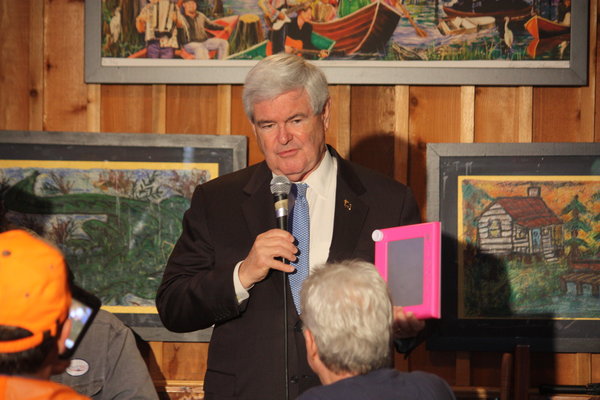 Santorum’s spokeswoman Alice Stewart has seen handing out mini-Etch-A-Sketches outside a Romney event in Maryland according to this tweet: 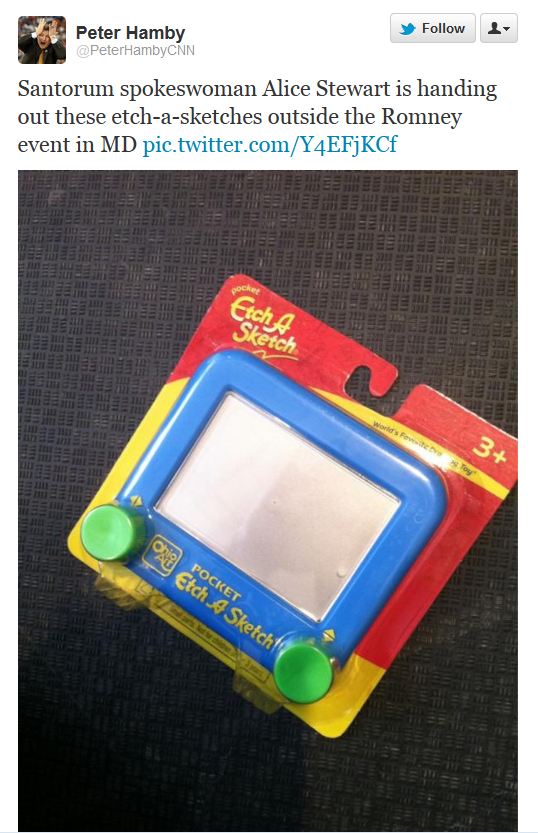 And according to POLITICO’s Juana Summers, Santorum himself stopped at Toys R Us and bought an Etch A Sketch for campaign events. The former Pennsylvania senator told tea party supporters in Mandeville, Louisiana that voters aren’t “looking for someone who’s the Etch A Sketch candidate, you’re looking for someone who writes what they believe in stone and stays true to what they say.”

Near the end of his speech, as he asked Louisiana voters for their support, Santorum put the election in binary terms, saying they should support a candidate who stands “firmly on the rocks of freedom, not on the sands of an Etch-A-Sketch toy.” 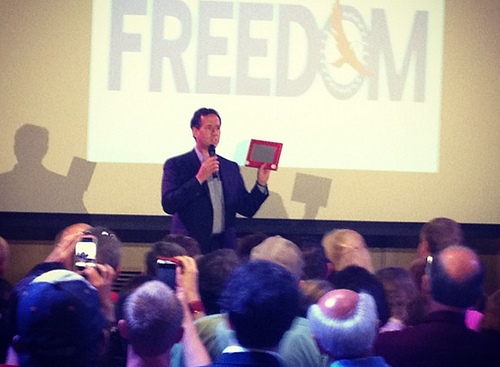