Today I was sent this story about a dog named Justice, and it brought forth every emotion possible. Primarily, endless amount of rage, enormous pain and sadness. So why post something as deplorable as this story? For one, in hopes that someone will tip the police and the perpetrators will be arrested. But also to bring awareness that torture and cruelty to animals tragically exists. I do not know what the penalties are in the Dallas/Ft Worth area for this type of crime, but many cities and states do not have strong enough punishments to fit the crimes. Look into the facts in your area and help fight for stricter punishments for acts such as this….

Warning: A very graphic photo of Justice’s entire burned body included in this post. May be difficult for sensitive readers.

Story posted by WFAA.com in Dallas TX on Tuesday, April 10th. Here are the key parts of the article:

DALLAS – An animal rescue group has reached out to the public after a 4-month-old lab-terrier was found severely burned last week in the Pleasant Grove neighborhood of Dallas, read a statement released by the organization.

The puppy was found behind an air conditioning unit at an apartment complex in the 1200 block of North Masters Drive in Pleasant Grove last Tuesday night. Witnesses described seeing a group of teen boys trying to strangle Justice with a rope before setting him on fire. A girl who saw what was happening intervened, using a T-shirt to put out the fire, police said.

The puppy suffered second to third-degree burns on over 60 percent of his body. He was transferred to City Vet in Dallas after spending a week in a 24-hour emergency animal clinic in Denton.

Photo of Justice shortly after have been rescued

Photo taken shortly after being rescued before full treatment and surgery. Justice is a 4-month-old lab-terrier mix that was doused with lighter fluid and set on fire as well as being hung by this torturers.

.
The follow up reports via DFW Rescue Me (DRW = Dallas/Ft Worth):

Good morning!
I wanted to send an update on Justice. He is resting this morning and readily ate for us. We finished treating his wounds around 3 am. He has extensive wounds that will take a while to heal (meaning likely a month or more). He’s hard to treat because his wounds are not concentrated in one area but spread over his body. I took pictures after we shaved, cleaned and derided tissue. He will still lose more tissue over this week and this is to be expected. We will now be sedating him for daily bandage changes. We placed a central line in his rear leg and repeated labwork. He has anemia but this is not unexpected at this time. His albumin is 2.0 which is great for the amount of wounds. He loses a lot of protein through the wounds and his daily plasma is helping him.

Justice continues to get the best of care possible. His i.v. delivers 3 different pain medications, so he is heavily sedated. But this keeps the sweet boy as comfortable as possible. In the times that he is more responsive, you can see from the video that he loves any and all attention.

Justice will look worse before he begins to look better. Think of a bad sunburn. It looks so much worse on the 4th day than it did on the first. Now think of a sunburn on steroids and that is the burn that you see on Justice. The dead tissue on Justice will be removed daily, leaving the red angry tissue. But this red tissue is alive and it is the debridements that will encourage the new tissue growth. Justice’s proteins are being closely monitored as well as his blood counts. He has been shaved to better treat the wounds. He has a new central line. He is receiving plasma as needed. We are investigating hyperbaric oxygen therapy and synthetic skin replacement. Everything possible is being done to make sure Justice is comfortable and continues to improve.

People need to understand that this sweet baby is a baby. Four months old. Still has all of his baby teeth. And it is his young age that will work in his favor. There have been many conversations with the doctors on what is best for this puppy. If the vets ever come to us and say that the treatment needs to be stopped, we will all be sad but will know that we are doing what is best. But as long as Justice continues to fight, we will stand with him.

If all of your prayers and good thoughts will produce miracles, Justice will survive. 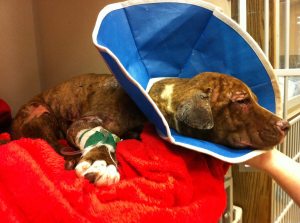 Update on Justice: We have had a setback in Justice’s prognosis. During a procedure last night, his vets discovered that his entire abdomen was burned worse than previously diagnosed. His vet team is now consulting with Texas A&M Small Animal Hospital (one of the most cutting edge treatment centers in the country) about transferring his care to them. We will keep you notified as to his ongoing treatment status as we know more. He is on pain medication and is sedated during treatments. As a group, we at DFW Rescue Me along with his vets are very sensitive to the amount of pain he is in and his tolerance of the treatments. If at any time the most humane option is to release him from this world, we will do it. Until that point, we plan to fight along with him on his path to a wonderful new life!

Justice was transported to A&M today. The doctors at A&M have evaluated him and because of the excellent care he has received so far, they have upgraded his condition from critical to stable. He is under the care of the Soft Tissue Surgical Hospital and they are managing his pain and starting to treat the wounds left from the burns.

Thank you again for all of your support, well wishes, prayers and donations. Justice couldn’t get through this without you!

Saturday, April 14 | Justice has passed away:

It is with a heavy heart that we must tell everyone, Justice passed away last night. Everyone here at DFW Rescue Me is incredibly saddened by this sudden news. We were all so very optimistic about his chances for a full recovery and couldn’t wait to see him find a forever home.

Yesterday, after hours of treatment, the doctors at A&M determined he had 3rd degree burns on 70% of his little body. Some of the tissue had become infected and they were not able to keep his blood pressure up. He passed away during the evening.

Now, we can only hope the perpetrators of this horrific crime will be brought to justice and pay the penalty they so completely deserve. The $5,000 reward is still being offered and we pray someone will have the courage to step forward and turn these criminals in.

DFW Rescue Me have been overwhelmed by the response of donations and best wishes for Justice’s recovery. So many individuals and businesses have given to Justice’s recovery fund and sent notes of encouragement – the response has been truly amazing. We are sincerely grateful to each of you. After his medical bills are paid, we will use any remaining donations to establish The Justice Fund. The Justice Fund will be used to provide medical care for other abused animals.

There really is nothing else I may add to this story. It all speaks for itself. The pain I feel for what this poor puppy had to endure completely tears me apart.

I am a very anti-violent person, however in this case I allow myself to cross my moral boundaries…. Should the police ever capture the cretins that did this, they will hopefully see prison-time. But I hope for more than just time behind bars….

I hope that the most powerful gang in prison are all dog lovers, at least the leader is, and they do the very same thing to these vermin that they did to Justice. On top of that, I hope that the Correction Officer in his unit is a K-9 officer, or at least a dog-lover, too, and kindly looks the other way; have to go to the bathroom; pick his/her nose… I don’t care.

Then and only then will true Justice be served.

RIP my little four-legged friend. The Rainbow Bridge has taken all your pain away.

I do not want to leave you feeling the anger and sorrow that I did, so thought I would include a few adorable puppy photos to hopefully put a smile back on your face. 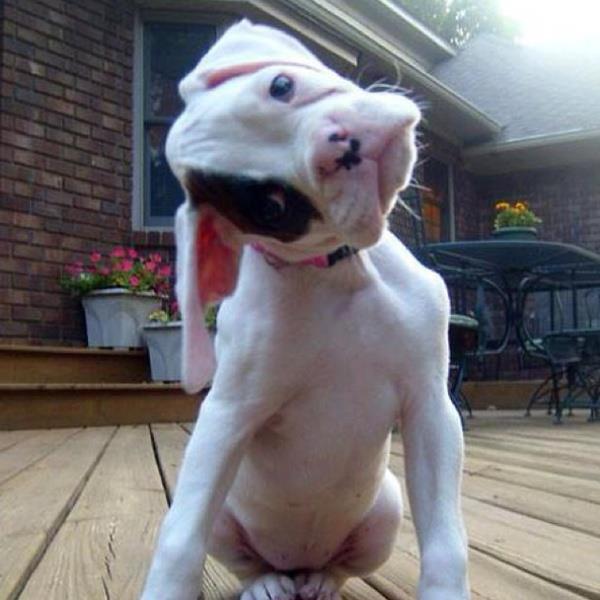