Four Librarians Who Challenged the Patriot Act – and Won 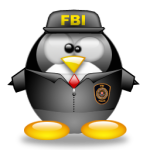 I became so completely engrossed in this article that I have read it thoroughly at least five times now. I wanted to make sure that I completely understood the implications of what is actually occurring here within our own country to our own citizens.

Briefly, with a few excerpts from the story, two FBI agents entered into the Library Connection in Windsor, Connecticut, flashed their badges and demanded to speak to the person in charge. George Christian, who was the Director, appeared as per the agent’s request and the agents demanded “‘any and all subscriber information, billing information and access logs of any person or entity’ that had used computers between 4 p.m. and 4:45 p.m. on February 15, 2005, in any of the 27 libraries whose computer systems were managed by the Library Connection…. He handed Christian a document called a National Security Letter (NSL); it said the information was being sought ‘to protect against international terrorism.'”

Additionally, the agent pointed out to Christian that anyone reading the letter is now bound to a lifetime gag order. Breaking the gag order will result in five years imprisonment.

“I believe this is unconstitutional,” said Christian politely. In response he got a threatening scowl, a business card, and instructions to have his lawyer call the FBI.

An attorney was reached and requested the court order, to which there was none. An NSL does not require a court order. The attorney met with Christian and three other executive committee members of the Library Connection – each now bound to the lifetime gag order simply by reading the NSL.

National security letters are a little-known FBI tool originally used in foreign intelligence surveillance to obtain phone, financial, and electronic records without court approval. Rarely employed until 2001, they exploded in number after the Patriot Act drastically eased restrictions on their use, allowing NSLs to be served by FBI agents on anyone—whether or not they were the subject of a criminal investigation. In 2000, 8,500 NSLs were issued; by contrast, between 2003 and 2005 the FBI issued more than 143,000 NSLs, only one of which led to a conviction in a terrorism case.

Abuse has also been rampant. An investigation last year revealed that the FBI had broken regulations governing NSLs in more than 1,000 cases.

The librarians sought help from the ACLU in New York and challenged the constitutionality of the NSLs and also wanted their gag order lifted so they would be able to participate in the then-upcoming national debate over renewal of the Patriot Act.

That was in November 2005. The Patriot Act was reauthorized in March 2006. Six weeks later, the Justice Department informed the ACLU that it would no longer contest the Connecticut librarians’ demand to lift their gag order. The Supreme Court subsequently ordered the Justice Department to unseal the court documents in the case. Among the evidence the government had tried to keep secret were quotes from previous Supreme Court cases; copies of New York Times articles; and the text of the Connecticut law that guarantees the confidentiality of library records.

In September 2007, a federal court ruled in the case of John Doe New York that the entire national security letter provision of the Patriot Act was unconstitutional. US District Judge Victor Marrero said that secretive NSLs are “the legislative equivalent of breaking and entering, with an ominous free pass to the hijacking of constitutional values.” The Bush administration has appealed the decision.

“The big question is, how many other improper NSLs have been issued by the FBI and never challenged?”

This story raises a lot of questions as to the intent of the Patriot Act, and 9-11 as well, since they do go hand-in-hand. I am beginning to lean towards the side of the conspiracy theorists that Bin Laden et al were simply used as a patsy and the Twin Towers were actually brought down by our own. Now, please, hear me out and don’t stop here. Trust me… it really hurts and completely goes against my grain to even think of this. All the innocent people murdered. And having been lied to by our government for so long. I do not want to believe we’ve been lied to, it hurts. But in all honesty, the conspiracy stories are beginning to make more sense than the one we’ve been led to believe for nearly eleven years now. Just watch this video by The Colbert Report which really does make the story we’ve been told rather, well, silly. If anything, the sarcasm will put a smile on your face – if you enjoy sarcasm, that is.

The primary basis for instituting the Patriot Act was to protect our country from terrorists, correct? From stories like this and seeing the statistics, “In 2000, 8,500 NSLs were issued; by contrast, between 2003 and 2005 the FBI issued more than 143,000 NSLs, only one of which led to a conviction in a terrorism case,” it appears as though the Patriot Act is being used as a means to spy on the innocent citizens of our country. Only one conviction.

Sounds to me like we no longer need the Patriot Act – at least the NSL’s.

Motley News and Photos has a visitor

And just an FYI here… do not be so quick to poo-poo that we’re being watched. A few weeks back I happened to notice an IP address which hit this site three times in one day. I often don’t run the location of IP’s because more often than not, they’re from a private IP address. But this one had three hits, whereas they almost always have one hit. So I took a gander and ran it in one of the dozens of sites available on-line to look up IP’s. And guess who came to visit Motley News and Photos three times that day….

…The US Department of Defense.

So, to the DOD… Hi, guys! Feel free to look around. I have absolutely nothing to hide and only speak my voice. Nothing more, nothing less. I love dogs and photography; a progressive liberal, but registered as a Democrat; I believe in women’s rights and the Freedom of Religion. Now, if any of that is illegal, then a very sad day has arrived in the United States of America.