I have become completely fascinated in these 3-dimensional pieces of art drawn on sidewalks, walkways, or any large area of pavement. It is nearly impossible to see them as two-dimensional drawings – unless you can view them from another angle. 3D chalk art is created using a projection technique called anamorphosis. When viewed from a particular angle, this technique creates the illusion of 3D – in a most effective way. When viewed from the wrong angle, it looks like crap. I think this is a pretty amazing art form created with only a packet of chalk. From the imagination comes some wonderful things.

This guy is simply amazing. His art is breath-taking and mind-blowing. He is a master of street painting. He uses the street as a canvas. If one looks from the right spot, its three-dimensional painting becomes the perfect illusion. He paints over large areas of urban public life and gives them a new appearance, thereby challenging the perceptions of passers-by.

His technique stretches hundreds of square meters over the pavement, allowing people to interact and literally get inside the image. Just amazing! First is a time lapse video of The Crevasse drawn by Edgar Mueller. Mueller needed 5 days to complete this huge picture. Together with up to five assistants, he painted all day long from sun rise to set. The enormous illusion is reached by applying the anamorphic technique to a huge pavement painting. This picture is around 250 square meters large! 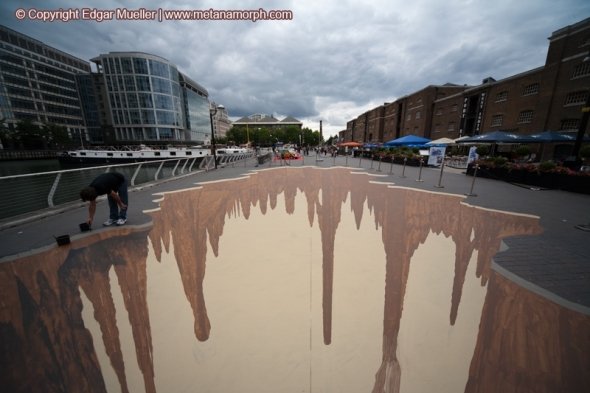 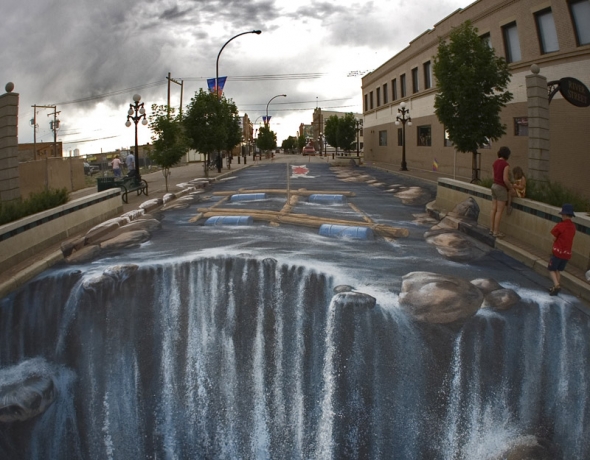 Two more incredible 3D street artists are Julian Beever and Kurt Wenner. Here are photos of some of their street art: 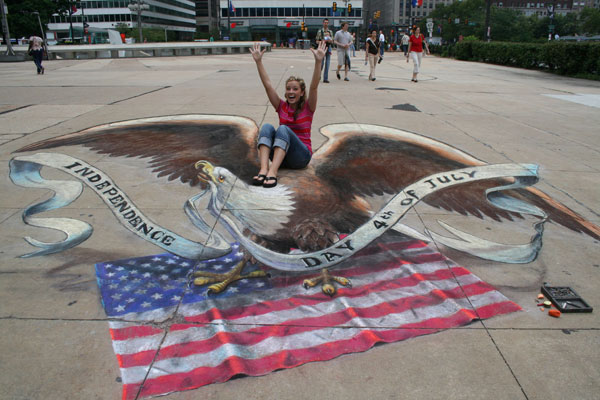 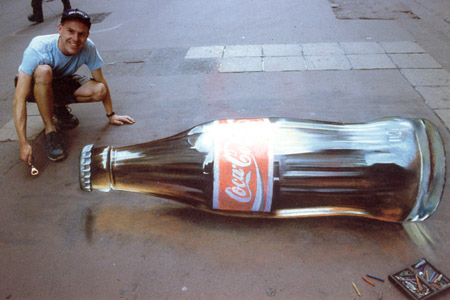 This one stands apart from the rest if only because it is the new Guinness World Record holder for largest chalk drawing. The creation by Joe and Max, was commissioned by Reebok to help promote their CrossFit sneakers (hence the brand name seen on the left side of the canyon above). The creation took a full week to complete (it rained most of the week) and stretches 1,160.4 square meters (3,807 square feet) and is 106.5 meters (345.5 feet) long. That’s a serious jump in size from the last Guinness Record holder for the title, Chinese artist Qi Xinghua’s Lions Gate Gorge, which stretched over 892 square meters.