Golda Meir was the Prime Minister of Israel from 1969 to 1973. According to the Jewish Women’s Encyclopedia, Meir was, “[a] pioneer, visionary, risk-taker, indefatigable fund-raiser, eloquent advocate, she was an activist of the first order, one of the founders of the Jewish state, a woman whose life story is as central to the mythos of modern Zionism as that of Theodor Herzl, Chaim Weizmann, and David Ben-Gurion. Presidents and kings found her willfulness charming, while her grandmotherly appearance and plain-spoken personal style endeared her to ordinary people around the world.”

When Golda Meir was asked to place a curfew on women to help end a series of rapes, Meir replied by stating, “But it is the men who are attacking the women. If there is to be a curfew, let the men stay at home.”

What a completely truthful statement and observation. Unfortunately, I am unable to find out whether or not a curfew was actually imposed. I seriously doubt so. This statement was made to emphasize that it is the men who are at fault, not the women. So if any action is to be taken, do not penalize the innocent party.

Please feel free to share the graphic I created. 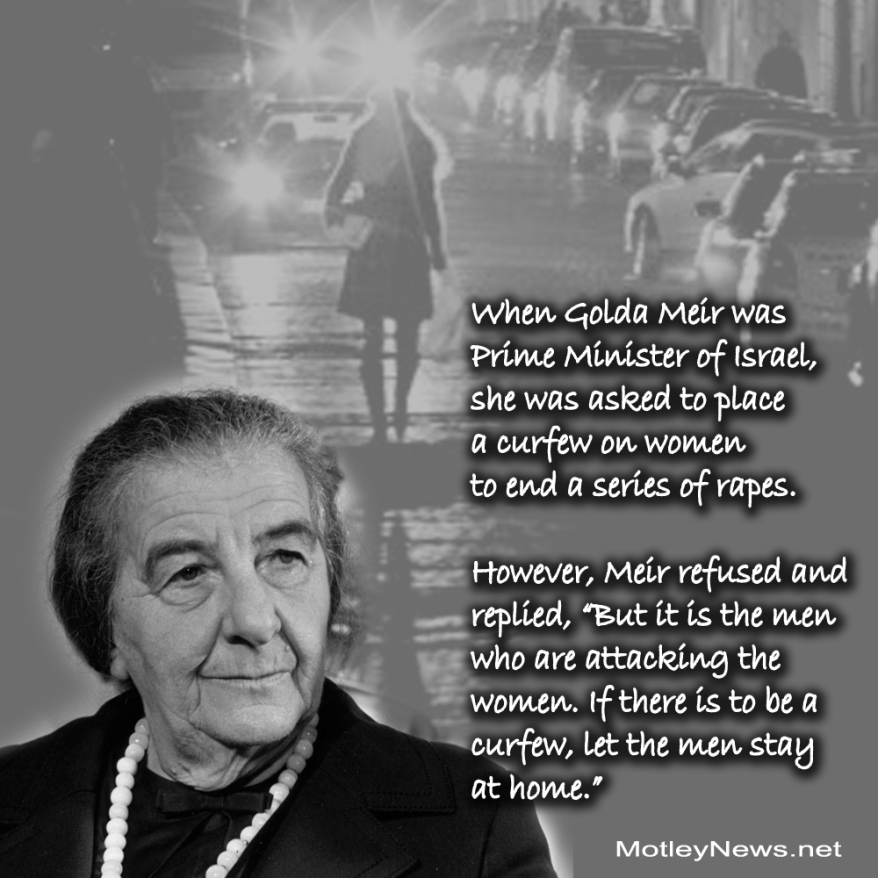