The ultimate dream of flight – soaring through the air, with total freedom in all three dimensions, not within a heavy and complicated machine but with only one’s body and sensations – a dream everybody had at least once in their life. “Jetman” made it real.

Reminiscent of the famous superman scene, Yves “Jetman” Rossy has flown in close formation with the Breitling Douglas DC-3 vintage aircraft, giving the passengers on board the unique experience to see the world’s first jet powered man in full flight. 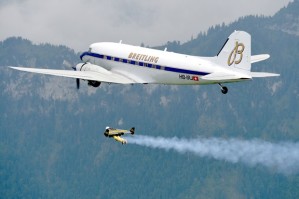 As the guests boarded the 1940’s, twin propeller aircraft and took to their seats; Yves Rossy prepared his rigid carbon Kevlar wing equipped with 4 Jet engines and positioned himself on the skid of an Eagle AS 350 helicopter. The DC-3 took a holding position above Lake Lucerne, at the heart of Switzerland, as Yves climbed to 6000 feet. Yves began his fall backwards from the helicopter, stabilized the wing and engaged all four engines to full throttle reaching a speed of 205 km/h and an altitude of 4500 feet before he joined the DC-3 using just his shoulders, body and legs to steer.

The flight lasted 7 minutes, before the Jetwing exhausted its fuel supply and Yves pulled his parachutes to land safely back at Buochs airport.

Magical… This is pure magical. Please, enjoy – and yes, I am so jealous.

Eye To Eye – Jetman flies in formation with the Breitling DC-3 and its passengers!

In this video, Yves ‘Jetman’ Rossy continues to push the boundaries of aviation – this time, by successfully completing a flight under a sunny sky over the city of Rio de Janeiro. Yves Rossy, the only person to fly with a rigid wing equipped with four jet engines, dropped from a helicopter over Lagoa Rodrigo de Freitas, where he stabilized the wing and headed full throttle north to circumvent Corcovado. He then tracked south of the city to fly alongside Ipanema, Copacabana, and Sugar Loaf Mountain, before pulling his parachute and safely landing on Copacabana beach.

Rossy’s carbon-kevlar Jetwing has four engines attached, which each offer a thrust of 22kg, propelling the Swiss aviator at between 200-300kph, controlled by a simple throttle in his hand. The rest of the controls are left to the human-fuselage, Yves Rossy himself who simply usages his shoulders, body and legs to steer, pitch and descend.

And here is MY favorite… Jetman is my real-life Comic Book Hero! Go, Yves!!

Flight put to music. Beautifully shot by Evert Cloetens and his cineflex camera! Watch carefully – towards the end of the video, you can see clearly how he uses his head and his shoulders to put himself in a roll. Then he finishes with a full loop. Watching Yves has put me in dreamland. 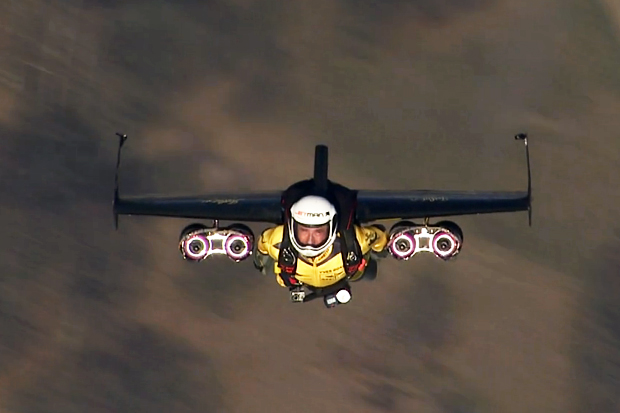 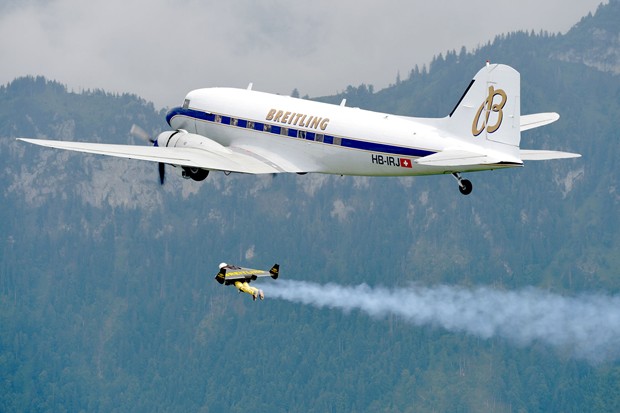 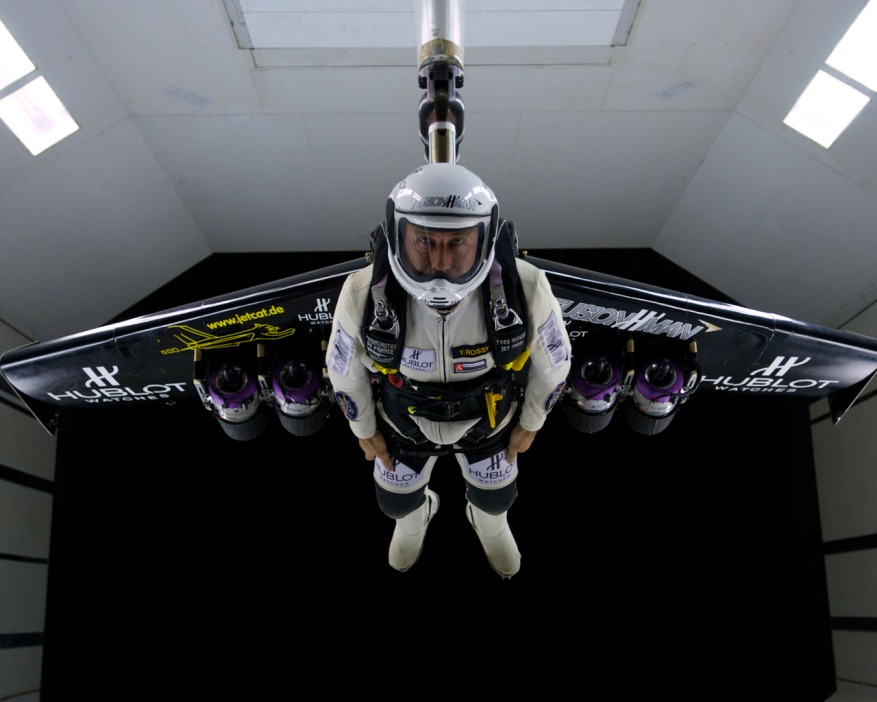