A 10-ton meteor streaked at supersonic speed over Russia’s Ural Mountains on Friday, setting off blasts that injured hundreds of people possibly upwards to over a thousand. Many locals feared they were being bombed. Watch this first video below. I would think the exact same thing. The explosion shakes the ground. You can hear glass shattering all around the man taking the video. Car alarms go off all around. Then you see the people in the street panicking and running for cover.

This video is a compilation of several dashboard cameras which happened to be facing the direction of the meteorite as it went overhead. Nice clips as the cameras are stationary so no shake typical of hand held bystanders.

This footage was from a bystander in the local area so the impact and explosion is heard just like in the first video above. In this one, you can hear even more explosions after the first blast. Then the camera films the damage and broken windows the building suffered. 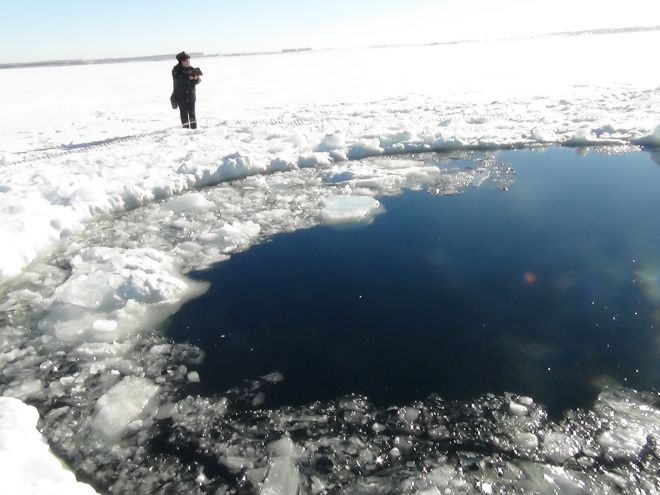 Friday, Feb. 15, 2013: A circular hole in the ice of Chebarkul Lake where a meteor reportedly struck the lake near Chelyabinsk, about 930 miles east of Moscow, Russia.  Source: AP2013

February 15, 2013: Broken windows and debris are seen inside a sports hall following sightings of a falling object in the sky in the Urals city of Chelyabinsk, Russia. 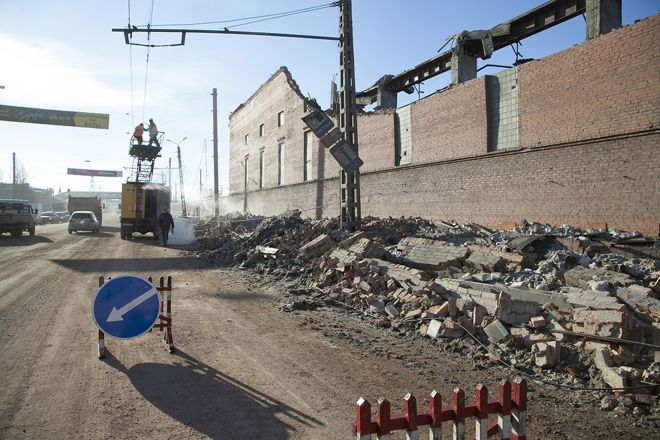 Feb. 15, 2013: In this photo, municipal workers repair a damaged electric power circuit outside a zinc factory building with about 6000 square feet of a roof collapsed after a meteorite exploded over in Chelyabinsk region. Source: AP2013 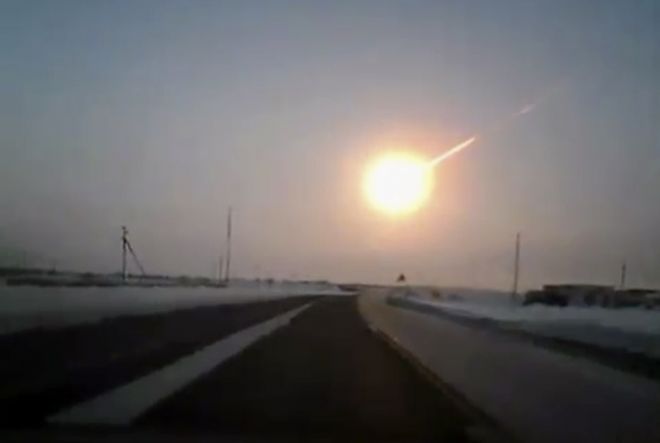 Feb. 15, 2013: In this frame grab made from a video done with a dashboard camera, on a highway from Kostanai, Kazakhstan, to Chelyabinsk region, Russia, provided by Nasha Gazeta newspaper, on Friday, a meteorite contrail is seen. (AP Photo/Nasha Gazeta)  Source: AP2013 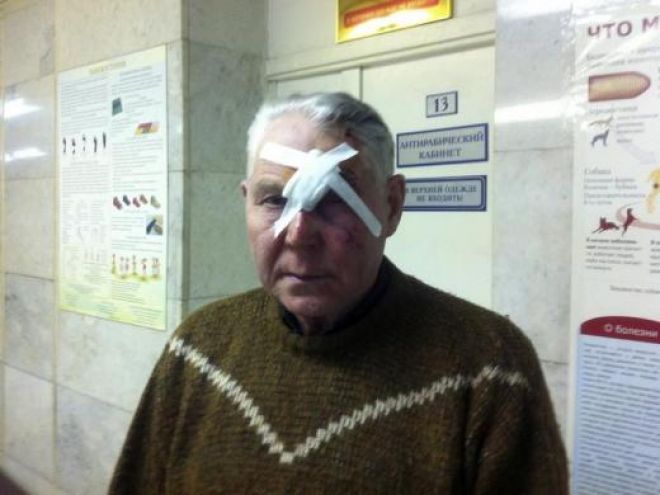 February 15, 2013: A man identifying himself as Viktor poses for a photograph after receiving treatment for injuries sustained from a shock wave that followed after a falling object was sighted in the sky in the Urals region, at an emergency room in a hospital in Chelyabinskk, Russia.  Source: Reuters 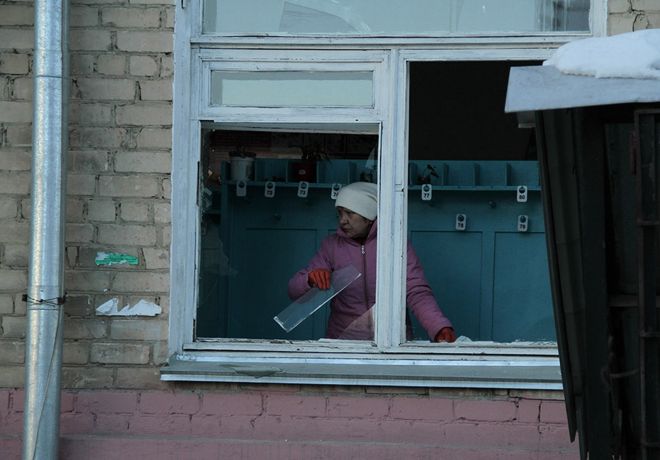 Feb. 15, 2013: In this photo provided by Chelyabinsk.ru, a woman cleans away glass debris from a window after a meteorite explosion over Chelyabinsk region. (AP Photo/ Yevgenia Yemelyanova)  Source: AP2013

Damage caused after a meteorite passed above the Urals city of Chelyabinsk February 15, 2013. Credit: REUTERS/www.chelyabinsk.ru/Handout 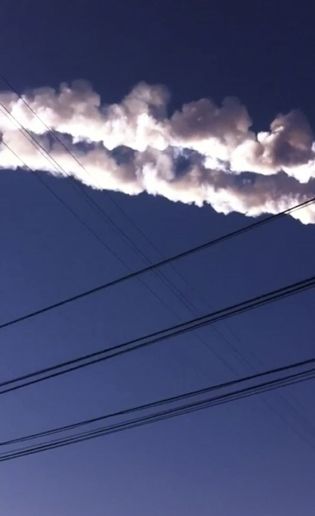 Feb. 15, 2013: In this photo taken with a mobile phone camera, a meteorite contrail is seen in Chelyabinsk region. Source: AP Photo/Sergey Hametov