When I heard this being announced on talk radio, my jaw nearly hit the floor. (shaking my head) In this day and age a segregated prom. As we all know, racism is still alive and kicking, but I never would have thought that there would ever be a prom for blacks and a prom for whites.

Wilcox County High School in Rochelle, GA, (figures… Georgia) has been holding separate proms for “some time now.” How long “some time” is was not stated, but sounds like the proms have always been segregated as it has apparently been this schools tradition.

This year, however, a group of black and white teens who have been friends for years are fighting for a fully integrated prom. But it hasn’t been easy. Stephanie Sinnot, one of the students, stated:

We are all friends. That’s just kind of not right that we can’t go to prom together.

When the students asked the Board of Education for a fully integrated prom, the board was ecstatic… but not so with all the parents and other students. You see, the proms at Wilcox County High School are not funded by or held at the school but rather put on the parents and students themselves. Many parents are obviously doing a very good job at teaching hatred and racism to their children.

At last year’s prom, a bi-racial student was turned away by police. By the police! This hatred and ignorance runs so deep with some of these families that they go as far as to have the police openly monitor the dance. The police are supposed to be there to make sure no one gets drunk and out of control, stop testosterone-fueled fights, and property damage. NOT to stop someone from entering because of the color of their skin! Prom is not the only segregated dance, either. So is this school’s Homecoming Dance. 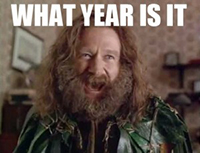 Sad, oh so very very sad, pathetic, ignorant, and just completely wrong. Each and every one of these parents should be ashamed of themselves for teaching such hate and stupidity to their children. This will affect them the rest of their lives as our country is completely integrated, and has been for decades.

I have just one question…. Can we force this part of Georgia and any other like this to secede from the Union? Please?? I don’t want them to be a part of my country. There is nothing to be proud of with those parents and kids that support the segregation. Nothing at all.