A bystander, Derrick Hurtt, was filming the fertilizer plant fire after it erupted in West, Texas yesterday, but he got more than he planned. The explosion. This footage has been all over the news so you may very well have seen it. But the news typically stops right after the explosion finishes. What is not seen or heard are his daughters crying out in complete terror that she cannot hear and that she desperately wanting to leave.

Also, someone downloaded that same footage, but ran it through a video editor and shows the explosion frame by frame. I didn’t think it would show much, and the first 15 seconds are just the fire. Then the explosion occurs and for a frame or two all you see is a frame full of bright yellow. But keep watching… the frames after that catch what our eyes cannot see.

Here is the footage of Derrick’s interview on the Today Show.

Photos of and after the fire and explosion: 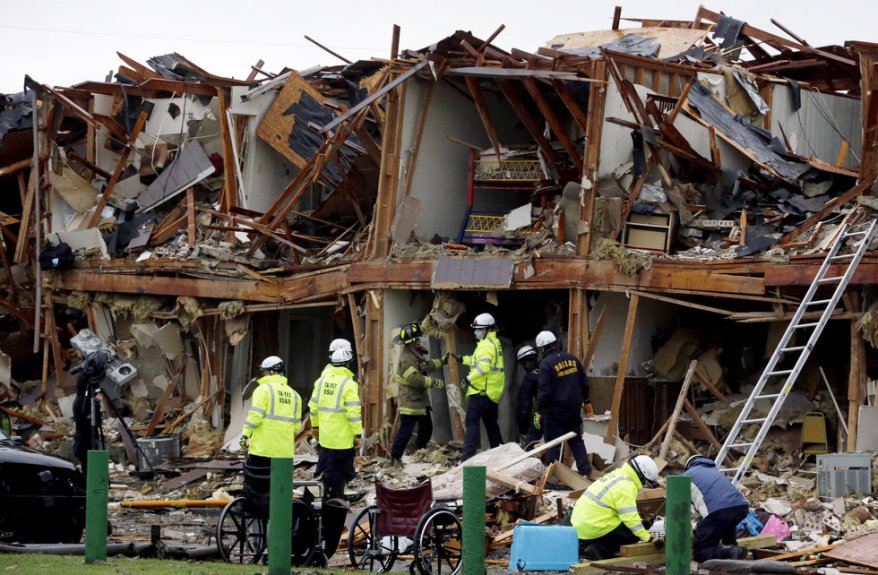 Firefighters conduct a search and rescue of an apartment destroyed by an explosion at a fertilizer plant in West, Texas, Thursday, April 18, 2013. (AP Photo/LM Otero) . Source

I have not heard whether or not there were children found in these bunk beds. (AP Photo/LM Otero) Source

Note the doll hanging out of the dresser which was blown from an apartment. (AP Photo/LM Otero) Source

A blast crater sits in the remains of a fertilizer plant destroyed by an explosion in West, Texas, Thursday, April 18, 2013. (AP Photo/LM Otero) Source 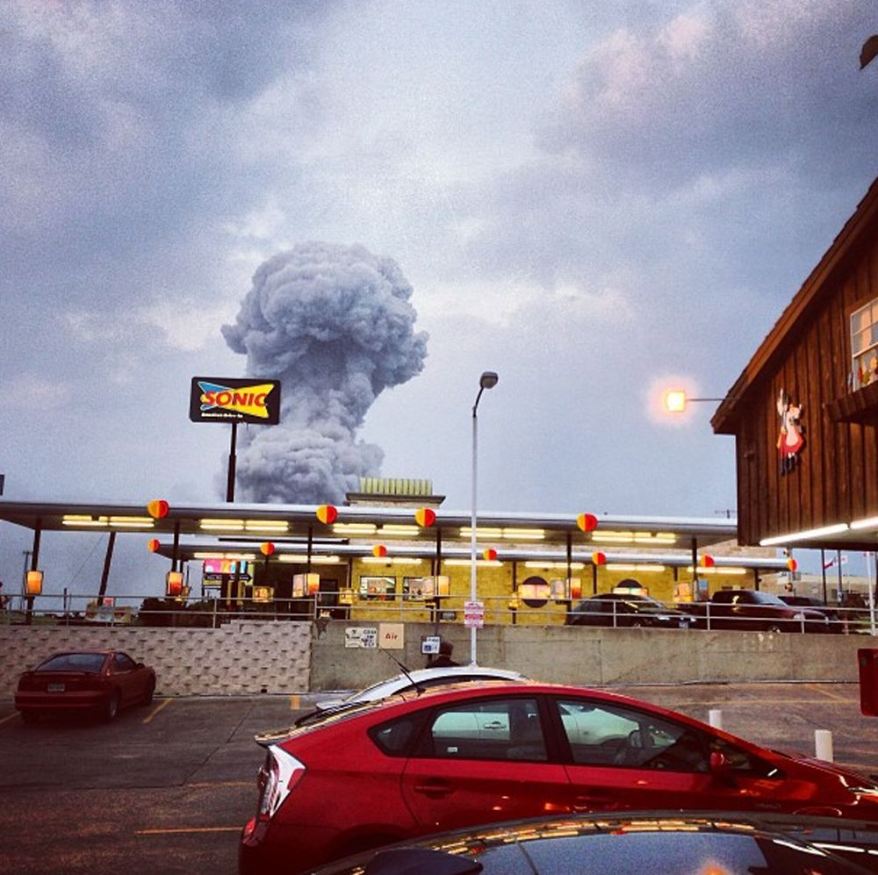 In this Instagram photo provided by Andy Bartee, a plume of smoke rises from a fertilizer plant fire in West, Texas on Wednesday, April 17, 2013. An explosion at a fertilizer plant near Waco Wednesday night injured dozens of people and sent flames shooting high into the night sky, leaving the factory a smoldering ruin and causing major damage to surrounding buildings. (AP Photo/Andy Bartee) MANDATORY CREDIT: ANDY BARTEE. Source