Trump, Russia, and Golden Showers. What do these three have in common? 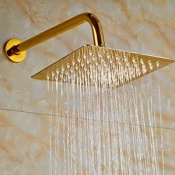 Classified documents presented last week to President Obama and President-elect Trump included allegations that Russian operatives claim to have compromising personal and financial information about Mr. Trump, multiple US officials with direct knowledge of the briefings.

Naturally, Trump is denying any of the allegations listed in this report. Today he is very pissed off (pun intended). The Kremlin is also stating that the document is a fake. Do I think it’s a fake, too? Difficult to say, but I’m leaning towards it being true especially because there isn’t anything truly damning in here. If it was fabricated, I would think the creator would add something that would make jaws drop – something that could easily get him impeached.

Early in the documents (pg 2), here is the answer to the title of this post: Trump, Russia, and Golden Showers. What do these three have in common?

However, there were other aspects to TRUMP’s engagement with the Russian authorities. One which had borne fruit for them was to exploit Trump’s personal Obsessions and sexual perversion in order to obtain suitable ‘kompromat’ (compromising material) on him. According to Source D, where s/he had been present, TRUMP’s (perverted) conduct in Moscow included hiring the presidential suite of the Ritz Carlton Hotel, where he knew President and Mrs OBAMA (who he hated) had stayed on one of their official trips to Russia, and defiling the bed where they had slept by employing a number of prostitutes to perform a ‘golder showers’ (urination) show in front of him. The hotel was known to be under FSB control with microphones and concealed cameras in all the main rooms to record anything they wanted to.

Apparently these documents have been circulating for a couple of months. Some of the allegations were first reported publicly in Mother Jones one week before the election. Sadly, that posting did not go anywhere. Now, Buzzfeed published the dossier on January 10, 2017, which has now gone viral.

As you can imagine, memes and tweets are flying about the golder shower. Here are a few.

CNN reported Tuesday that a two-page synopsis of the report was given to President Obama and Trump.

You think a man that lives in this room wouldn't want everything else to be golden too? #goldenshower pic.twitter.com/lZXXHEhZXI

How much urine can you get on you before you turn too orange? Asking for a friend. #GoldenShower