CCA to Build a Privatized US Immigrant Prison in Florida

If you are not familiar with private prisons, they are prisons built and owned by private companies, stockholders, shareholders, etc.  Each investor makes a profit for each inmate housed in their private prison company.

Why should you be concerned about criminals and prisons?  Because the vast majority of those held in these prisons should NOT be there!  The laws and courts are sentencing an ever increasing number of citizens, and illegal immigrants, to prison purely for profit.  Take note of the correlation of the rise of the prison population is equal to the origination of these prisons in the early 1980’s.  Now with the passing of NDAA FY2012, and the threat of SOPA, this makes any normal, law-abiding citizen a potential candidate to reside in a private prison.

Now, in Florida, CCA (Corrections Corporation of America) (the countries largest private prison corporation) is now planning to build a private prison purely to house illegal immigrants.  Why do you think so many states are now passing these illegal immigration bills?  Solely to allow the state to sentence, imprison, and thusly profit off of these people.

There is a serious conflict of interest here… passing bills and laws with the only purpose of profiting off of the incarceration of people who should not be incarcerated to begin with.  These are very VERY powerful companies.  Just do a google search on “private prisons.”  You will see very little main stream media coverage.  Even they do not want to mess with the likes of CCA and GEO Group.

These prisons must be shut down.  They exist under the guise of saving the states money – which they do not.  For more details, please see my previous posts:

Here are a few tables/charts which are from Arizona… one of the leading states in private prison population.  The first one shows the rise in prison population, also correlating with the installation of private prisons.  And the second really should frighten you… their plans for adding more beds in expectation of adding more inmates through the next several years.  Wouldn’t the ethical and proper thing to do is to help people and decrease crime?

Post-publishing note… I just added a photo at the bottom and just now realized that the bunks are THREE-tiered bunks!  They’re packing them in like sardines, literally, and the standard two-bedded bunks no longer provide the capacity the prisons want.  This is horrible. 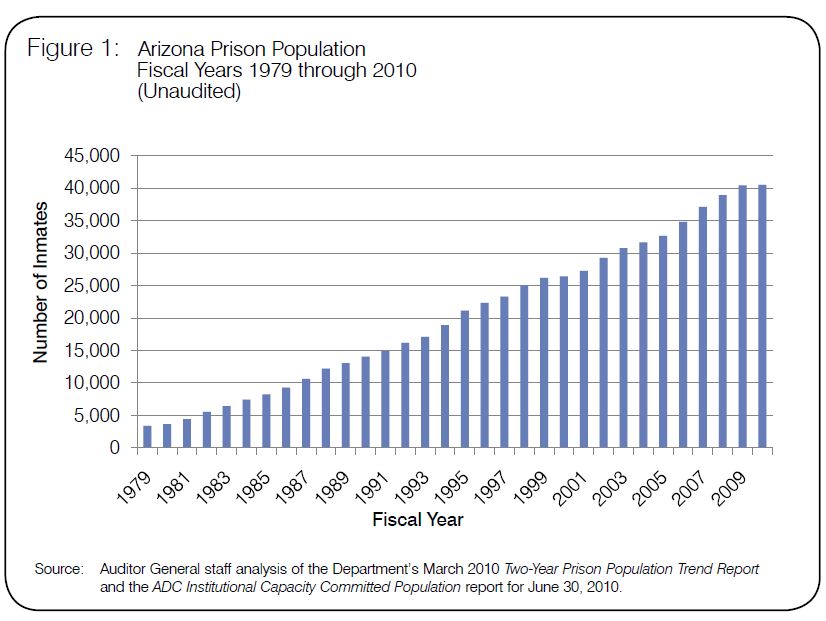 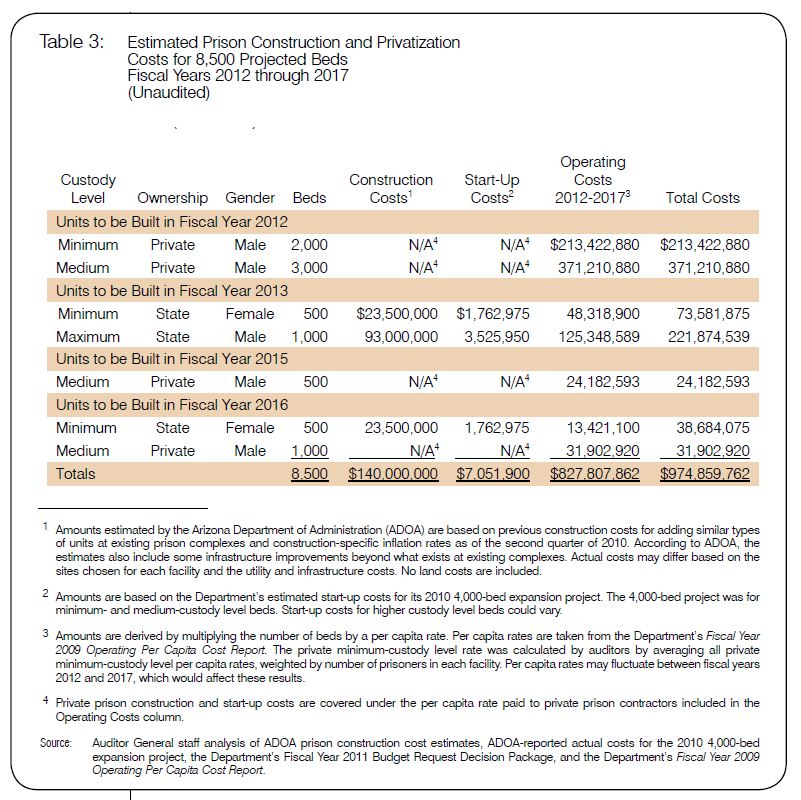 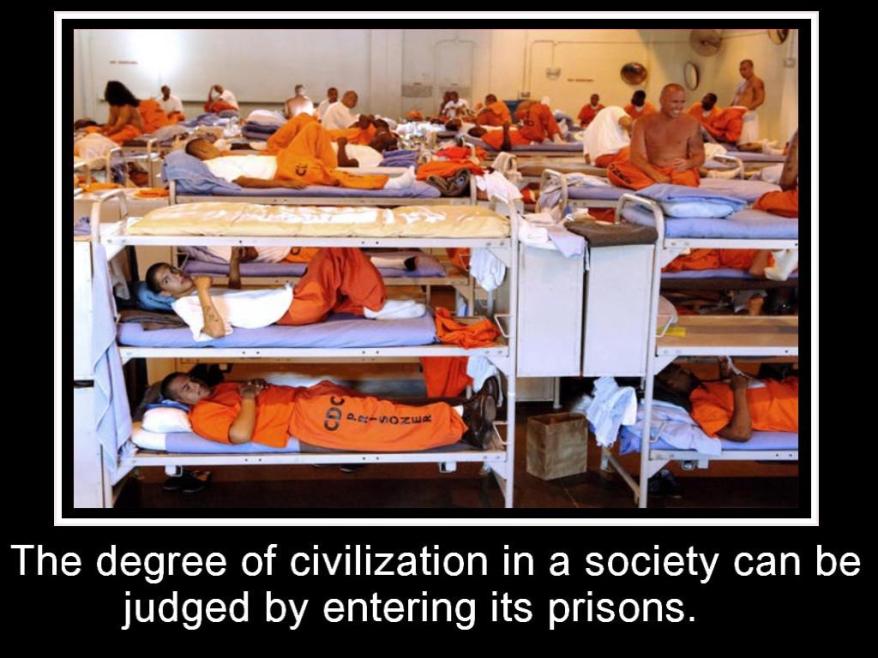