Stopped They Must Be; On This All Depends | SOPA PIPA

The freedom, innovation, and economic opportunity that the Internet enables is in jeopardy. Congress is considering legislation that will dramatically change your Internet experience and put an end to reddit and many other sites you use everyday. Internet experts, organizations, companies, entrepreneurs, legal experts, journalists, and individuals have repeatedly expressed how dangerous this bill is. If we do nothing, Congress will likely pass the Protect IP Act (in the Senate) or the Stop Online Piracy Act (in the House), and then the President will probably sign it into law. There are powerful forces trying to censor the Internet, and a few months ago many people thought this legislation would surely pass. However, there’s a new hope that we can defeat this dangerous legislation. 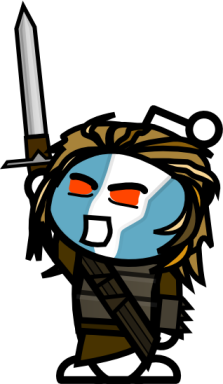 We’ve seen some amazing activism organized by redditors at /r/sopa and across the reddit community at large. You have made a difference in this fight; and as we near the next stage, and after much thought, talking with experts, and hearing the overwhelming voices from the reddit community, we have decided that we will be blacking out reddit on January 18th from 8am–8pm EST (1300–0100 UTC).

Instead of the normal glorious, user-curated chaos of reddit, we will be displaying a simple message about how the PIPA/SOPA legislation would shut down sites like reddit, link to resources to learn more, and suggest ways to take action. We will showcase the live video stream of the House hearing where Internet entrepreneurs and technical experts (including reddit co-founder Alexis “kn0thing” Ohanian) will be testifying. We will also spotlight community initiatives like meetups to visit Congressional offices, campaigns to contact companies supporting PIPA/SOPA, and other tactics.

We’re as addicted to reddit as the rest of you. Many of you stand with us against PIPA/SOPA, but we know support for a blackout isn’t unanimous. We’re not taking this action lightly. We wouldn’t do this if we didn’t believe this legislation and the forces behind it were a serious threat to reddit and the Internet as we know it. Blacking out reddit is a hard choice, but we feel focusing on a day of action is the best way we can amplify the voice of the community.

As we have seen yet again in the fight against PIPA/SOPA, the best ideas come from our community. We all have just over a week to figure out exactly what to do with our extra cycles on January 18th. Please join us in the discussion in the comments here and in /r/SOPA.