This year is most definitely a banner year for ignorance, hatred and intolerance. Much of these have been focused on women, minorities, and homosexuality. It’s as if a malaise is spreading rapidly throughout the weak-minded who follow the selfish and controlling people. This has changed drastically to a point that is now damaging our country as we continue to go backwards in time when it comes to equal rights.

The Republican Party, for some insane reason, has decided it is their duty to say what women can and cannot do with their bodies. President Obama even addressed this the other day when he spoke in response to Rep. Todd Akin’s idiotic statement. During most of my life, I have watched women and minorities move up in the ranks of equality in our society and work force. In 2011, there were hints of change. Then 2012 hit and the RNP has gone off the deep end!

We have Scott Walker repealing the equal pay act for women – without any justification, but purely done in spite. There was nothing to be gained from this repeal other than corporations are able to pay less to female employees now. 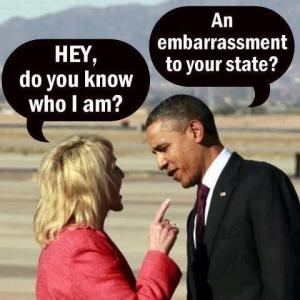 Down in Arizona, we have the the finger-wagging, Wicked Witch of the West, Jan Brewer deciding that a woman can be deemed pregnant… BEFORE she even conceives!

Let’s not forgot the states who love to shove ultrasound wands up women’s vaginas. Talk about being raped. There is NO benefit for doing an ultrasound on the fetus other than to torment the pregnant mother. This is being passed solely by anti-choicers in hopes that the pregnant mother will then change her mind and not have the abortion. Personally, I would love for a pregnant woman in one of these wand-states sue the dickens out of those who passed the state law for mental anguish. Also, if a pregnant woman, due to the mandatory waiting period in some states, passes the point in time where she cannot get an abortion, then she needs to sue those people who passed the state bill – sue them for medical coverage, child support, and mental anguish.

Then there’s Planned Parenthood, who has done so much good throughout the decades! When I was sixteen, I was having sex and decided to go to PP for birth control. I did not want to become pregnant at that time in my life. Thanks to PP, I didn’t. However, Planned Parenthood does perform abortions – although not at all clinics – and approximately 3% of the total amount that the draw in goes towards abortions. And not one cent of state funding is allotted to abortions wither. You will find some extreme right wing-nuts who will quote other numbers which they found in the back of their hateful heads. Just recently, NC State Rep. Larry Pittman (R) has declared that Planned Parenthood is “getting wealthy on murder for hire.”

Just another tactic by a right wing-nut. This is getting so so so tiring. For the past three days, I have heard nothing else but talk about Todd Akin’s major faux pas. And I mean SOLID talk on the progressive radio stations for three full days. Although the Republican Party, including Romney, have spoke against Akin’s statement and have asked him not to run for re-election, this has brought out many opinions about rape. There are some very cold-hearted people who refuse to allow a woman who is pregnant from being raped to have an abortion. Cold-hearted, and definitely not worthy of their political position as they are deciding bills based upon personal beliefs rather than representing for the good of the people. And now, the right wing white men have decided to redefine the eaning of “rape.” Let me tell you, rape is rape is rape is rape. It can be violent, it can be subdued, it can be with a stranger, it can be by a friend, and it can be by a family member.

It has now come to the point I am ashamed and embarrassed to be both white and from the United States. There is no equality here, at least among the Republican Party. They want to rule and control – with “they” being white men. Take a look at this sign to the left. Sure, it’s extreme and not even all right wingers are this radical — but the right wing is quickly evolving to this point. It is as if Republican want to mold this country to their own personal beliefs rather than what is in the BEST INTEREST of our country.

And Mitt Romney? Oh, hell, the world is laughing at us because of this buffoon running for President of the United States. People outside our country do not live in our society where we are constantly lied to and conditioned by FOX News and those in the far right wing. This is not saying that Democrats don’t lie – I’m sure they have their fair share, too. However, the Democratic Party is not as hateful the Republicans and Tea Party where the decisions made affect millions of people negatively. It boggles my mind to actually see anyone supporting the Republican Party now. Pretty soon, it will be known as the Republican Christian Party as they are creating and passing bills based upon their biblical beliefs. Additionally, they’re doing all they can to STOP bills which support equality, such as same-sex marriage.

Do these conservative, right-wing followers who are not in the top 10% not realize that they are voting for the very same people who will take away their rights? Take away their jobs? Their social security? Their medicaid/medicare? How can anyone purposely vote to make their lives more miserable?

Honestly, how can these people sleep at night? Can they not see how hateful they are? Did they not learn from the Prohibition from 1920 – 1933? Banning alcohol did not stop people from drinking nor building their own stills hidden in back rooms.

That is what is going to happen with abortions. They won’t stop, they’ll just move to the back rooms.

And cutting out birth control? What in the world is going on with this??? People will have sex before and after marriage. Allow them to decide if they do or do not want children, and if they do, let them do so when it is the right time for them.

This completely baffles me. Is she serious? Look at the next graphic… minimum wage isn’t sufficient enough the way it is! 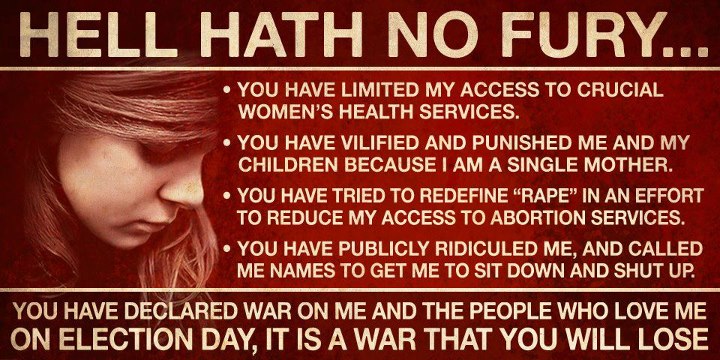 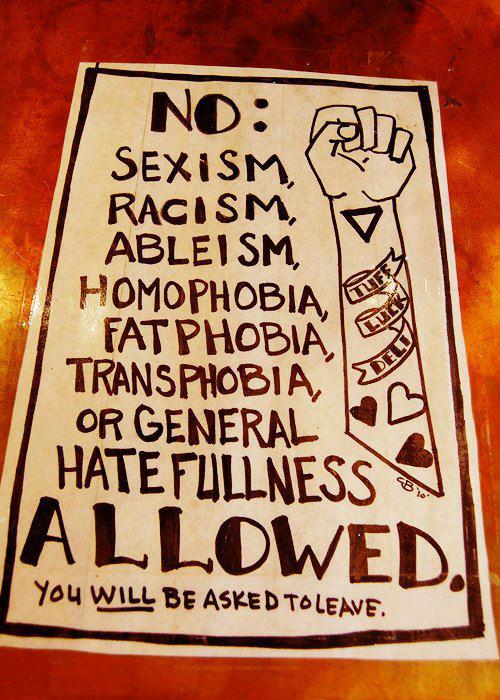 Talk about hypocritical. That’s what it is becoming. The Republican suck out all they can from the government, then throw the remains away.

This one says it all right here!