I previously posted about this last month…. A petition was launched by Scottish resident and longtime Trump critic, Suzanne Kelly, that blasts Trump for “unrepentant hate speech and unacceptable behavior” that “foments racial, religious and nationalistic intolerance which should not be welcome in the U.K.” Similar to the United State’s We the People petition website, if enough signatures are garnered (minimum 100,000), then the petition will be reviewed by the administration.

In the UK, the petition goes in front of the Parliment – and it is scheduled to do so on Monday, January 18 at 4:30 PM GMT (11:00 AM EST/8:00 AM PST), and will be livestreamed, as all their meetings are. You may check it out here on the Parliamentlive.tv website.

It will be interesting to hear the argument for the banishment. Unfortunately, though, I seriously doubt Trump will be banned. He has too much money and with money comes power – plus he has a couple golf resorts, one of which he recently built in Aberdeen, Scotland, that has a lot of it’s own controversy….

Shortly after the construction of Trump’s resort, it was announced that a wind farm was to be installed within view from the resort. Immediately, Trump went into battle to stop the construction. As Trump does, he insulted First Minister Alex Salmond, verbally throwing threats of what his money can do.

In December 2015, Trump officially lost this battle as his appeal from his previous petition to stop the wind farm was denied. In fact, it was a unanimous decision. Five Supreme Court judges rejected arguments by Mr. Trump’s lawyers that the Scottish government had erred by allowing Aberdeen Wind Farm Ltd. to erect its proposed wind farm so close to his Menie Estate. I am truly ROTFLMAO! I imagine that being told "no" is something Trump is not used to hearing.

Returning to the primary topic, Trumps potential banishment from the UK…. As I previously stated, I don’t see it happening. He is obviously not liked over there, but he needs to be able to tend to his business with his golf courses. I will admit, though, that in as far as golf courses go, it is a beautiful course. I would much rather see the land untainted, but it’s not what I want, is it? The sand dunes and golden grasses waving in the wind…. I’m sure it was an incredible place before it was Trumped.

NOTE: The wind turbines have not yet been installed. Some of the images below are examples of what is to come. 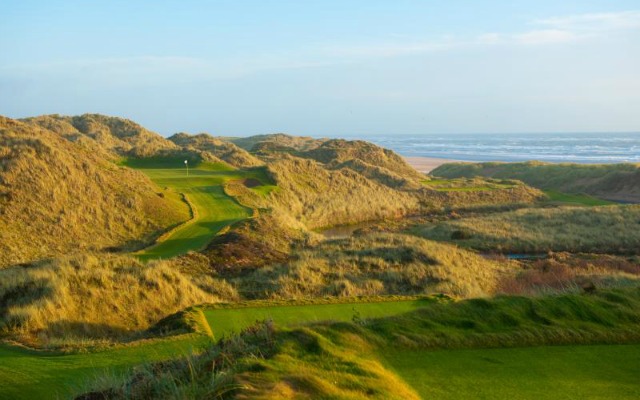 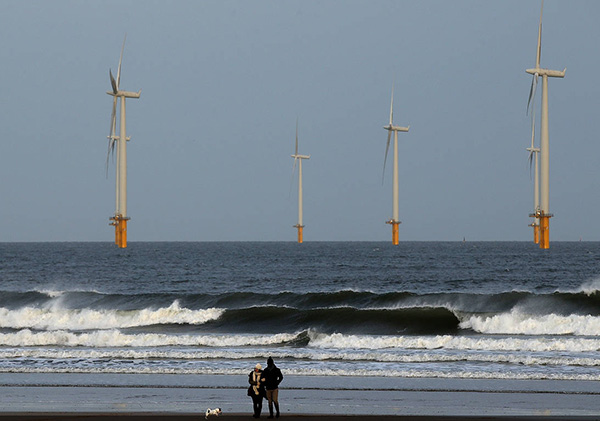