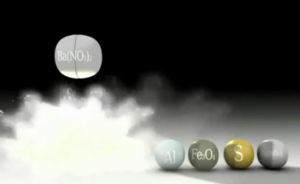 I found this documentary very intriguing.  I, myself, am not prone to be a “conspiracy theorist,” but some very valid points are brought up in this documentary.  I remember when I was glued to the TV watching this horrific event unfold in front of my eyes that many questions arose in my mind.  I am no expert in this field, but I have two college degrees and 12 years of science and technology at a very prominent engineering college.  There were many things which just did… not… make… sense.  This documentary was very well made from what appears to be a neutral standpoint.  People simply wanting answers and the truth.  And there are many items in this documentary which make more sense than what we have been told for nearly a decade now.  I urge you to watch and keep an open mind.  I honestly do not believe that we (being the general public) will ever know the truth.

Also, remember… just because we may not WANT these possibilities to be true does not make them not true.

This is the second segment of the documentary “ZERO: An Investigation into 9/11”.  The entire film is approximately 1 hour and 45 minutes long, so I thought it would be easier to view in shorter parts.
This portion of the full documentary discusses how the presence of thermite was in the remains and dusts of the WTC.  Additionally, barium nitrate and sulfur are part of military patent of thermate.

Also featured is a janitor, who was recognized by the whitehouse for his heroism, talking about the several explosions he heard when in the building.  His initial thought when on the scene was that there were bombs going off.

Then the feature moves into Pentagon.  Here are just a few of many more questions raised:

The hole in the Pentagon was 16 feet wide (5 meters)… the aircraft is much wider than this – in fact, 38 meters wide and 13.5 meters high.  The windows surrounding the hole are all intact.  The official reports claim the plane vaporized.  Engines are made with titanium steel alloy.  Vaporizing temperature of titanium is above 3286.85 degrees Celcius.  There should have been holes from the two engines – but there are not.

The plane does not fit in the hole.  What did hit the pentagon?

“With all the evidence readily available at the Pentagon crash site, any unbiased rational investigator could only conclude that a Boeing 757 did not fly into the Pentagon.”  Col. George Nelson, Aircraft accident investigator US Air Force

Then we come to the cameras at the Pentagon… there are over 86 cameras in the Pentagon.  Why is there no video of the impact of the flight? Only two identical frames were released which only show the explosion and flame.  No plane.

The Pentagon claims that the plane passed between frames.  Of all 86 camera?

Turning radius is covered, which is very difficult for even a trained professionals for type of aircraft.  Those ATC’s who saw the radar thought it was a military aircraft they were watching.  Not a Boeing 757.

Manuevers of the plane that reportedly hit the pentagon are impossible, according to Captain Russ Wittemberg, US Air Force, and pilot for 30 years with Pan Am and United Airlines.

Then there is the restricted airspace discussed, and no response from the military when a civilian aircraft was discovered to veer from their flight path.  With no IFF on this flight, it should have immediately been shot down by the military.

Also, keep in mind, the FBI’s Most Wanted poster for Osama never mentioned 9/11….

Below the video are the links to the producers site along with some other relevant links.

Verbatim from the site :  Zero911Movie:

On September 11th 2001 two airplanes piloted by terrorists hit the twin towers causing them to both collapse. Is this the whole story?

ZERO: An Investigation into 9/11, has one central thesis – that the official version of the events surrounding the attacks on 9/11 can not be true. This brand new feature documentary from Italian production company Telemaco explores the latest scientific evidence and reveals dramatic new witness testimony, which directly conflicts with the US Government’s account.

The importance of this film can not be overstated. If its thesis is correct, the justification for going to war in Iraq is built on a series of outrageous lies.