Video: Why Some People Should Not Own Guns | Real Gun Fails

Here we have 2-1/2 minutes of hilarious gun fails. This is why some people should not own guns. I’m willing to bet each and every one of these pistol-packin’ people […]

Shortest Film with the Longest Credits

The “Shortest Film” is a film short about three strangers with apparent language barriers that features some seriously long credits. It was written, directed and stars John Elerick and also […]

The Best Amazon Review EVER! Seriously! Well, at least ONE of the BEST… aka “Do not put on Knob and Bollocks”

I subscribe to Oddee, which is a site that puts together lists. All kinds of lists. For example, “9 Amazing Facts About The Earth,” “13 Coolest ‘Just Married’ Photos,” and […]

Funnies to Start the New Year With

Funnies to Start the New Year with Laughter is always the best medicine, so why not start this new year, 2013, off with some smiles and chuckles. Nothing political – […] 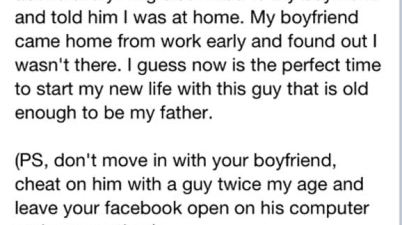 End of the year is almost here and it’s time to reflect back on the happenings of 2012. I will have to admit, though, “The Best of Facebook” is a […]

LMAO. This is a goodie! 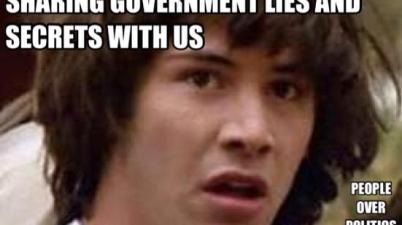 Are we the enemy? Things that make you go, “Hmmmm…”

Here is another installment of “Things that make you go, ‘Hmmmm…'” but this time it is a bit more serious. Although using Keanu Reeves image with that spacy “uhhhh” look […]

In a cross-promotion for the upcoming James Bond movie, “Skyfall,” a Coke Zero vending machine sends passengers at the train station Antwerpen Centraal in Antwerp, Belgium, on a mission to […] 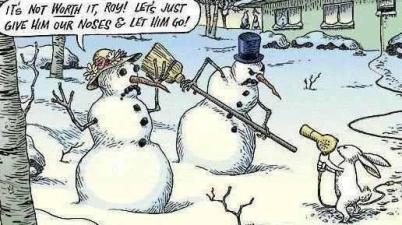 . Ha! Came across this comic and could not resist sharing. So far for this year, this is my favorite. I’m also posting another one of my favorites right below […]

This is my dorky dog that I call “Dork.” Imagine that. He’s a dork. When I go to bed, or am lying down watching TV in my bedroom, Dork likes […] 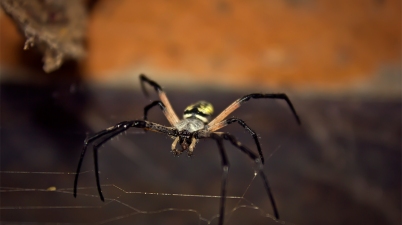 I have been watching this spider live and grow right outside one of our windows under our 24/7 outdoor light. I first saw this Black and Yellow Garden Spider back […]

Seriously. These are reviews that have been posted on Amazon today for the following product: Avery Durable View Binder with 2 Inch EZ-Turn Ring, White, 1 Binder (17032) I don’t […]

The “Rules of a Cat” plus Cat Animated Gifs

Recently a human has discovered a long hidden set of rules passed on from one cat to the next. This rare discovery answers the frequently asked question, “Why did my […]

Remember the “Ultimate Dog Tease”? The video that most deservingly went viral last year? You know… the one about a man telling his dog all about the meat, and bacon, […]

Have you seen my coffee?? Doggie humor

I just can NOT resist sharing this right away. I found it last night and still, every time I look at it, I crack up.

One ‘possum v. five terrified humans and other humorous videos with animals

. I have found this video to be absolutely hilarious! A opossum snuck into someone’s kitchen, probably for food, and was discovered. But the reaction of the family is what […]