Bowie’s “Space Oddity” as Sung from Space in the ISS

I have watched this over and over and over now. I love Bowie, especially this song, to being with. Then the slight edits to the song and adding in space – real space as the International Space Station orbits the earth – and you have one helluva remake of “Space Oddity.”

This video completely sang by Col. Chris Hadfield while in orbit was uploaded May 12 and has well over 6 million hits so far. If you didn’t know, when a video goes viral, it takes days for the hits to actually catch up. So realistically, there are probably close to 8 millions hits so far.

FYI: Chris Hadfield and his crew posted a few hours ago on Col. Hadfields Facebook page that they have safely returned to earth last night.

Here are the credits provided in the video description. Yes… all vocals sang by Hadfield. And special thanks to Evan Hadfield (son?) who did a phenomenal job of editing.

Guitar and Vocals: Chris Hadfield
Recorded on board the International Space Station

With special thanks to David Bowie, NASA, ROSCOSMOS and the CSA.

The crew getting ready to return to earth. They are packed into the Soyuz capsule. 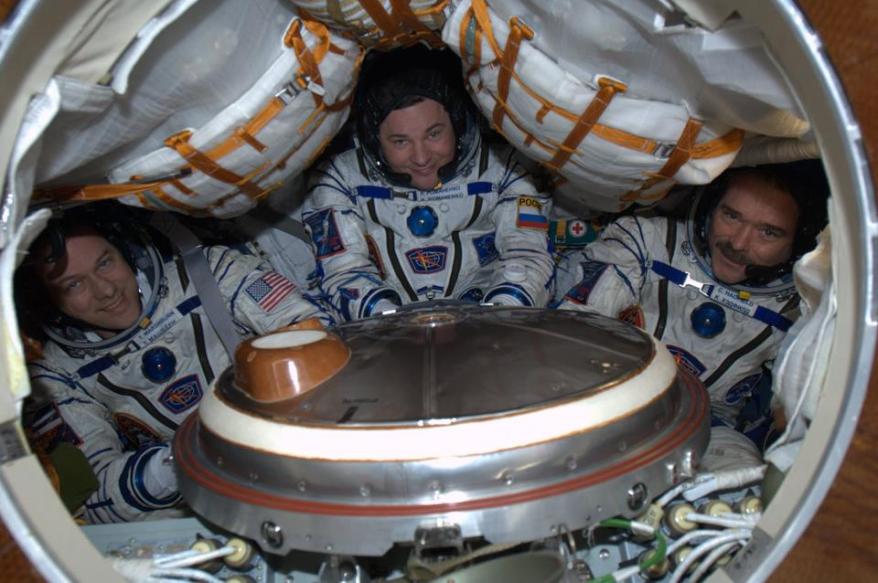 Some screenshots from the video. 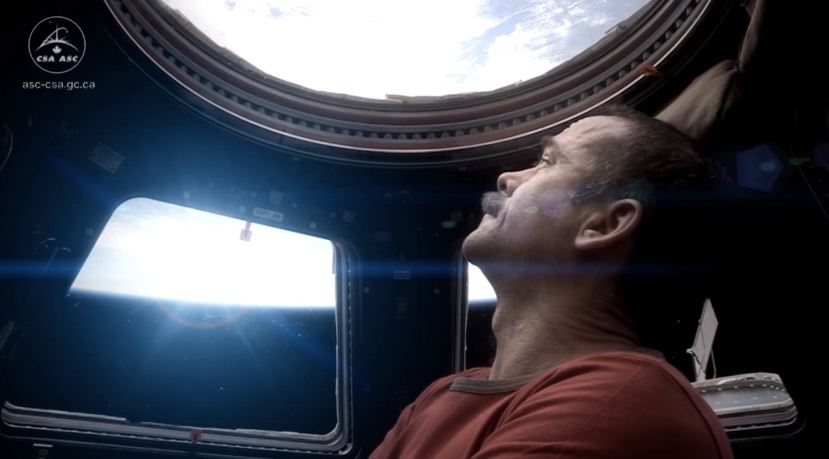